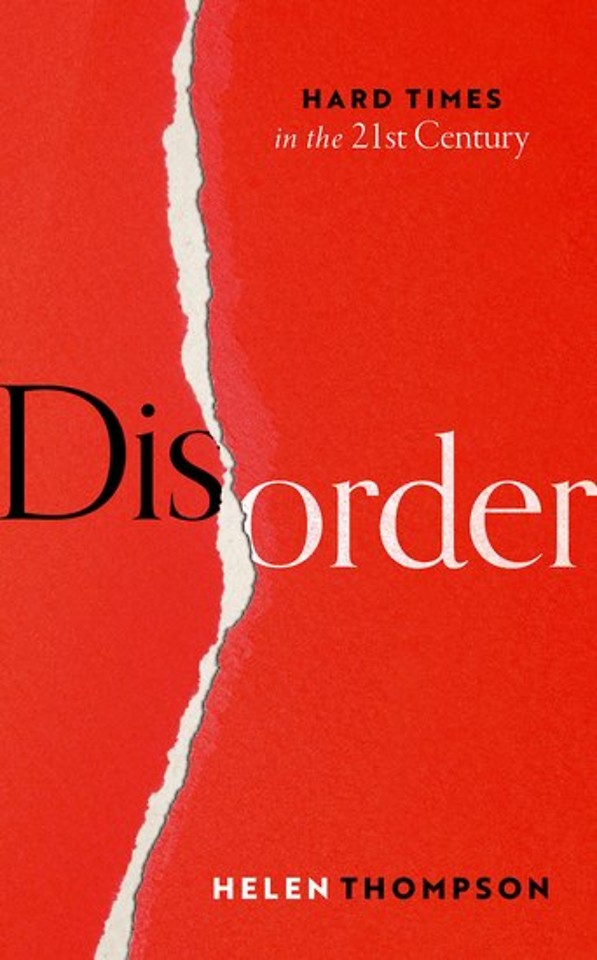 Hard Times in the 21st Century

Getting to grips with the overlapping geopolitical, economic, and political crises faced by Western democratic societies in the 2020s.

The 21st century has brought a powerful tide of geopolitical, economic, and democratic shocks. Their fallout has led central banks to create over $25 trillion of new money, brought about a new age of geopolitical competition, destabilised the Middle East, ruptured the European Union, and exposed old political fault lines in the United States.

Disorder: Hard Times in the 21st Century is a long history of this present political moment. It recounts three histories - one about geopolitics, one about the world economy, and one about western democracies - and explains how in the years of political disorder prior to the pandemic the disruption in each became one big story. It shows how much of this turbulence originated in problems generated by fossil-fuel energies, and it explains why as the green transition takes place the long-standing predicaments energy invariably shapes will remain in place.

II: Economy
4:Our currencies, your problem
5:Made in China, need dollars
6:We are not in Kansas any more