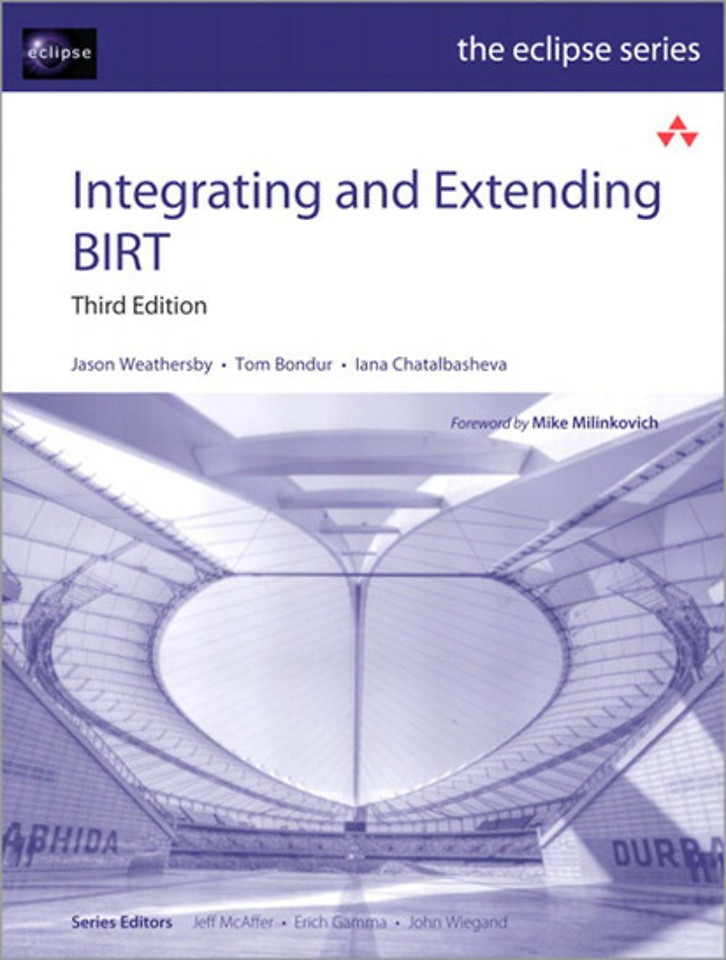 The world-wide developer community has downloaded over ten million copies of BIRT (Business Intelligence and Reporting Tools). Built on the open-source Eclipse platform, BIRT is a powerful reporting system that provides an end-to-end solution from creating and deploying reports to integrating report capabilities in enterprise applications.

'Integrating and Extending BIRT, 3rd Edition', introduces programmers to BIRT architecture and the reporting framework. BIRT technology makes it possible for programmers to build customized reports using scripting and BIRT APIs. This book also includes extensive examples of how to use the Eclipse Plug-in Development Environment to build plug-ins to extend the features of the BIRT framework. The source code for these examples is available for download.

Readers may also be interested in this book's companion volume. 'BIRT: A Field Guide, 3rd Edition', is the authoritative guide to using BIRT Report Designer, the graphical tool that enables users of all levels to build reports, from simple to complex, without programming.