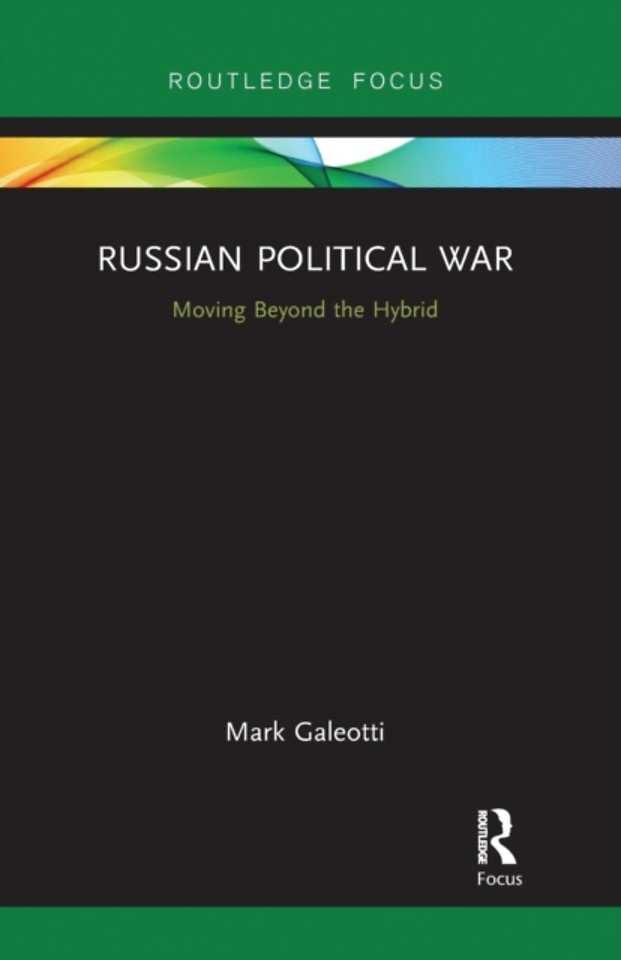 Moving Beyond the Hybrid

This book cuts through the misunderstandings about Russia's geopolitical challenge to the West, presenting this not as 'hybrid war' but 'political war. 'Russia seeks to antagonise: its diplomats castigate Western 'Russophobia' and cultivate populist sentiment abroad, while its media sells Russia as a peaceable neighbour and a bastion of traditional social values. Its spies snoop, and even kill, and its hackers and trolls mount a 24/7 onslaught on Western systems and discourses. This is generally characterised as 'hybrid war,' but this is a misunderstanding of Russian strategy.

Drawing extensively not just on their writings but also decades of interactions with Russian military, security and government officials, this study demonstrates that the Kremlin has updated traditional forms of non-military 'political war' for the modern world. Aware that the West, if united, is vastly richer and stronger, Putin is seeking to divide, and distract, in the hope it will either accept his claim to Russia's great-power status - or at least be unable to prevent him. In the process, Russia may be foreshadowing how the very nature of war is changing: political war may be the future.

This book will be of much interest to students of strategic studies, war studies, Russian politics and security studies.