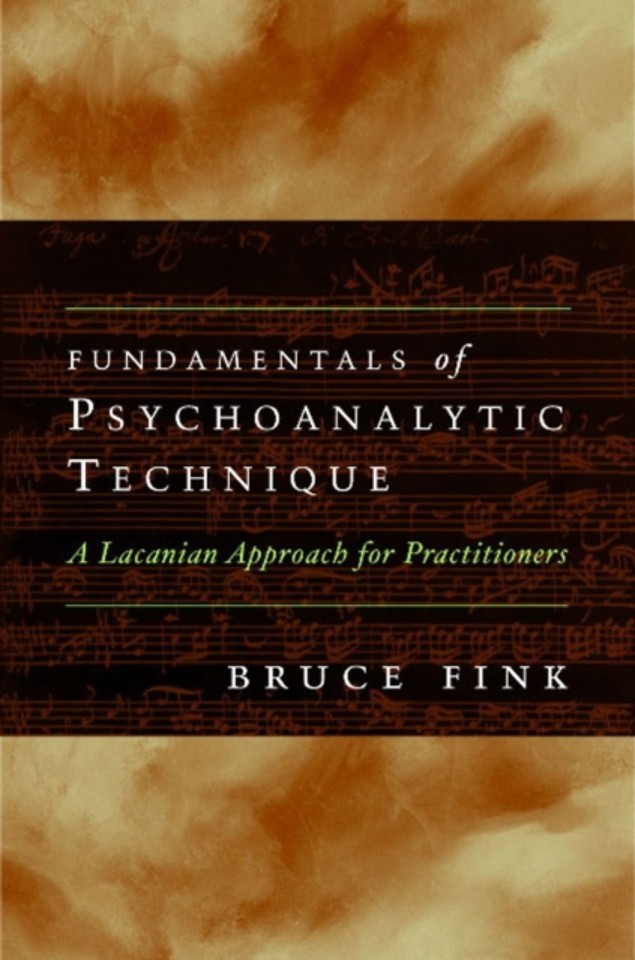 A Lacanian Approach for Practitioners

What does it mean to practice psychoanalysis as Jacques Lacan did? How did Lacan translate his original theoretical insights into moment-to-moment psychoanalytic technique? And what makes a Lacanian approach to treatment different from other approaches? These are among the questions that Bruce Fink, a leading translator and expositor of Lacan's work, addresses in Fundamentals of Psychoanalytic Technique by describing and amply exemplifying the innovative techniques (such as punctuation, scansion, and oracular interpretation) developed by Lacan to uncover unconscious desire, lift repression, and bring about change. Unlike any other writer on Lacan to date, Fink illustrates his Lacanian approach to listening, questioning, punctuating, scanding, and interpreting with dozens of actual clinical examples. He clearly outlines the fundamentals of working with dreams, daydreams, and fantasies, discussing numerous anxiety dreams, nightmares, and fantasies told to him by his own patients.

By examining transference and countertransference in detail through the use of clinical vignettes, Fink lays out the major differences (regarding transference interpretation, self-disclosure, projective identification, and the therapeutic frame) between mainstream psychoanalytic practice and Lacanian practice. He critiques the ever more prevalent normalizing attitude in psychoanalysis today and presents crucial facets of Lacan's approach to the treatment of neurosis, as well as of his entirely different approach to the treatment of psychosis. Fundamentals of Psychoanalytic Technique is an introduction to psychoanalytic technique from a Lacanian perspective that is based on Fink's many years of experience working as an analyst and supervising clinicians, including graduate students in clinical psychology, social workers, psychiatrists, psychotherapists, and psychoanalysts.

Designed for a wide range of practitioners and requiring no previous knowledge of Lacan's work, this primer is accessible to therapists of many different persuasions with diverse degrees of clinical experience, from novices to seasoned analysts. Fink's goal throughout is to present the implications of Lacan's highly novel work for psychoanalytic technique across a broad spectrum of interventions. The techniques covered (all of which are designed to get at the unconscious, repression, and repetition compulsion) can be helpful to a wide variety of practitioners, often transforming their practices radically in a few short months.