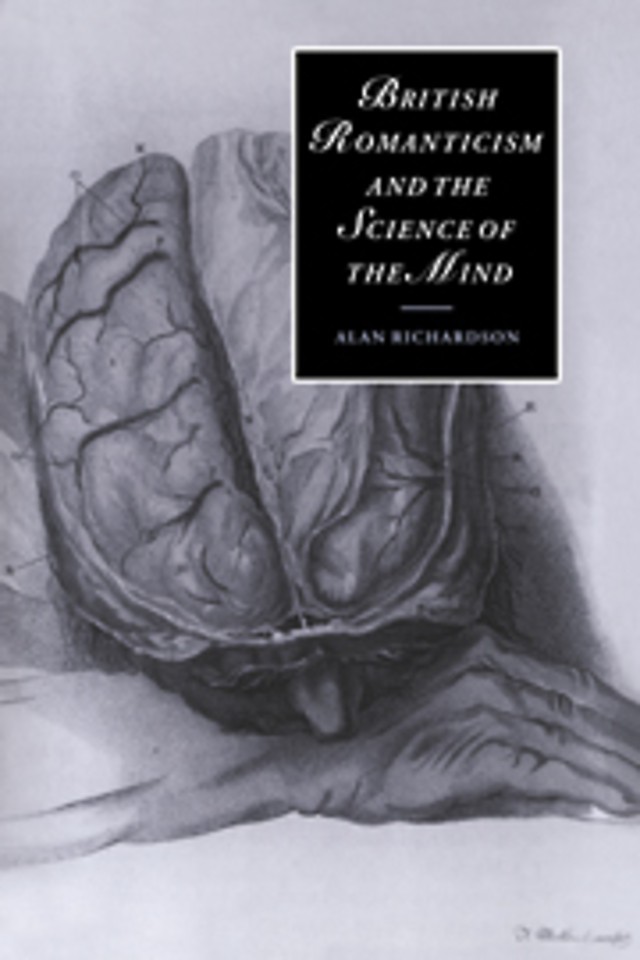 British Romanticism and the Science of the Mind

In this provocative and original study, Alan Richardson examines an entire range of intellectual, cultural, and ideological points of contact between British Romantic literary writing and the pioneering brain science of the time. Richardson breaks new ground in two fields, revealing a significant and undervalued facet of British Romanticism while demonstrating the 'Romantic' character of early neuroscience. Crucial notions like the active mind, organicism, the unconscious, the fragmented subject, instinct and intuition, arising simultaneously within the literature and psychology of the era, take on unsuspected valences that transform conventional accounts of Romantic cultural history. Neglected issues like the corporeality of mind, the role of non-linguistic communication, and the peculiarly Romantic understanding of cultural universals are reopened in discussions that bring new light to bear on long-standing critical puzzles, from Coleridge's suppression of 'Kubla Khan', to Wordsworth's perplexing theory of poetic language, to Austen's interest in head injury.

1. Introduction: neural Romanticism; 2. Coleridge and the new unconscious; 3. A beating mind: Wordsworth's poetics and the 'science of feelings'; 4. Of heartache and head injury: minds, brains, and the subject of Persuasion; 5. Keats and the glories of the brain; 6. Embodied universalism, Romantic discourse, and the anthropological imagination; Epilogue.

British Romanticism and the Science of the Mind