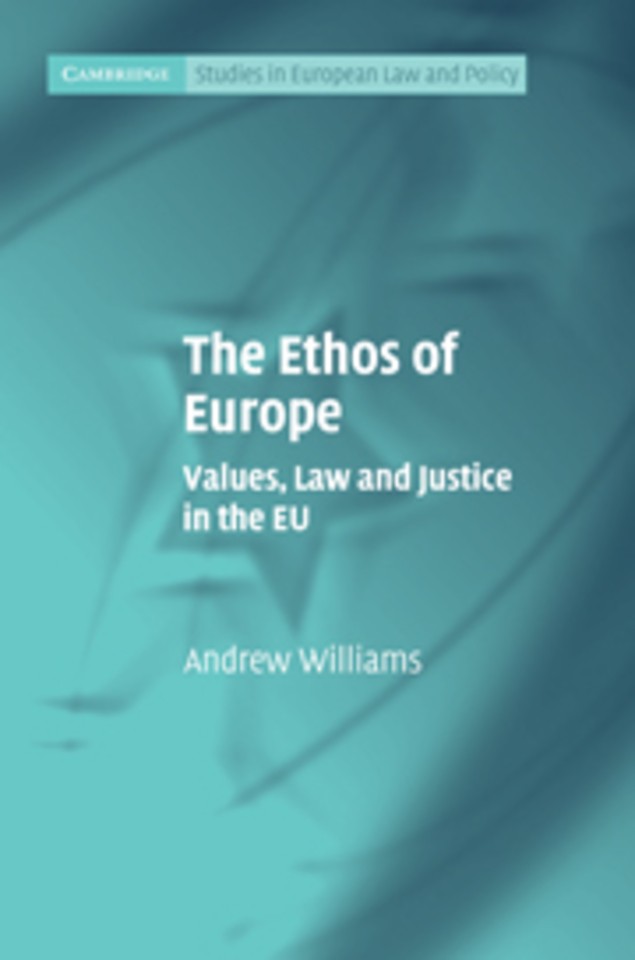 The Ethos of Europe

Values, Law and Justice in the EU

Can the EU become a 'just' institution? Andrew Williams considers this highly charged political and moral question by examining the role of five salient values said to be influential in the governance and law of the Union: peace, the rule of law, respect for human rights, democracy, and liberty. He assesses each of these as elements of an apparent 'institutional ethos' and philosophy of EU law and finds that justice as a governing ideal has failed to be taken seriously in the EU. To remedy this condition, he proposes a new set of principles upon which justice might be brought more to the fore in the Union's governance. By focusing on the realisation of human rights as a core institutional value, Williams argues that the EU can better define its moral limits so as to evolve as a more just project.

The Ethos of Europe