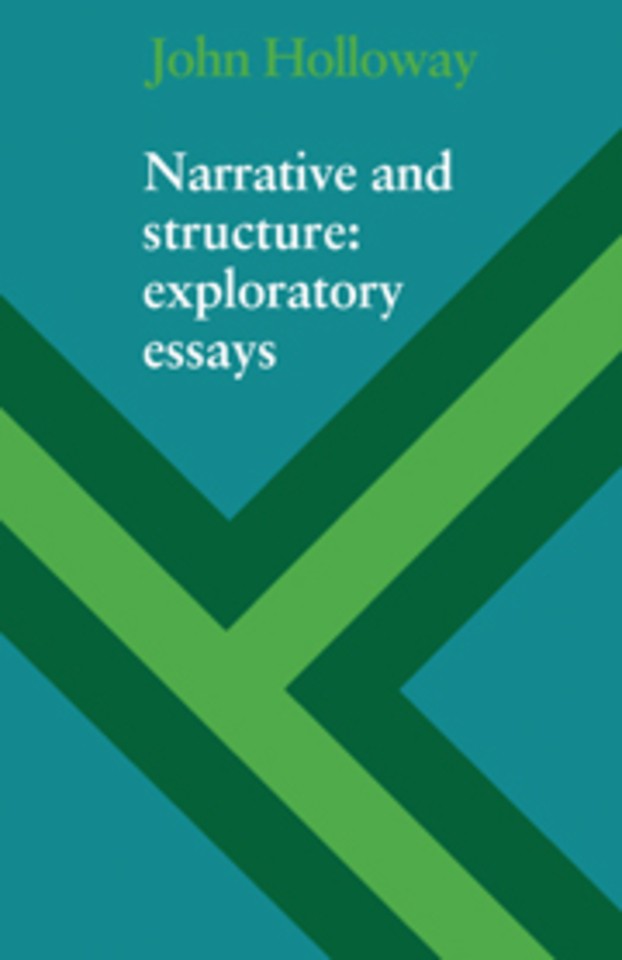 John Holloway is probably best known for his work on Shakespeare and on the Victorian and modern periods; this 1979 book represents an extension of his interests hitherto. Though not intended as mathematical analyses of fiction or drama, the essays here have evolved largely by allowing broad mathematical concepts to suggest original lines of argument in the critical analysis of narrative structure. Among the authors to come under detailed consideration are Boccaccio, Racine, George Eliot, Dostoevsky, Chekhov, and Henry James, as well as several more recent English novelists, and the tendency of the book as a whole is to invite application of the critical approaches that it explores to a still wider range of literary works. Professor Holloway also considers some fundamental issues relating structural analysis to the concerns of the literary critic, and he includes appendices on methods of analysing political oratory, and on the idea of the transformation rule as an aid to the critical discussion of poetry.

Preface; 1. Supposition and supersession: a model of analysis for narrative structure; 2. Effectively complete enumeration in Phèdre; 3. Narrative process in Middlemarch; 4. Identity, inversion and density elements in narrative: three tales, by Chekhov, James and Lawrence; 5. Narrative structure and text structure: Isherwood's A Meeting by the River and Muriel Spark's The Prime of Miss Jean Brodie; 6. Conclusion: structure and the critic's art; Appendix 1. Poetic analysis and the idea of the transformation-rule: some examples from Herbert, Wordsworth, Pope and Shakespeare; Appendix 2. Logic, feeling and structure in nineteenth-century political oratory: a primer of analysis.