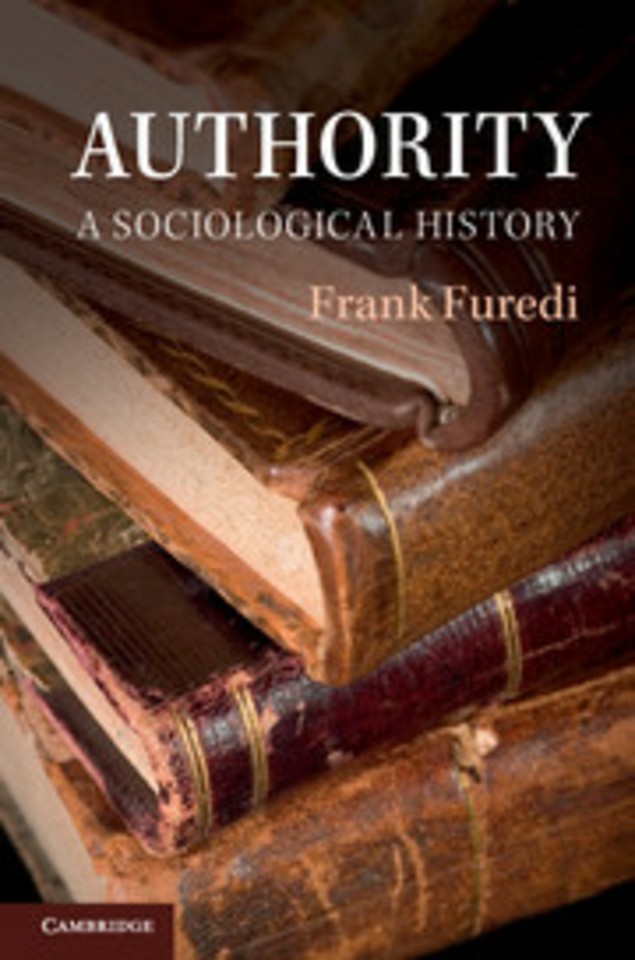 Concern with authority is as old as human history itself. Eve's sin was to challenge the authority of God by disobeying his rule. Frank Furedi explores how authority was contested in ancient Greece and given a powerful meaning in Imperial Rome. Debates about religious and secular authority dominated Europe through the Middle Ages and the Reformation. The modern world attempted to develop new foundations for authority – democratic consent, public opinion, science – yet Furedi shows that this problem has remained unresolved, arguing that today the authority of authority is questioned. This historical sociology of authority seeks to explain how the contemporary problems of mistrust and the loss of legitimacy of many institutions are informed by the previous attempts to solve the problem of authority. It argues that the key pioneers of the social sciences (Marx, Durkheim, Simmel, Tonnies and especially Weber) regarded this question as one of the principal challenges facing society.