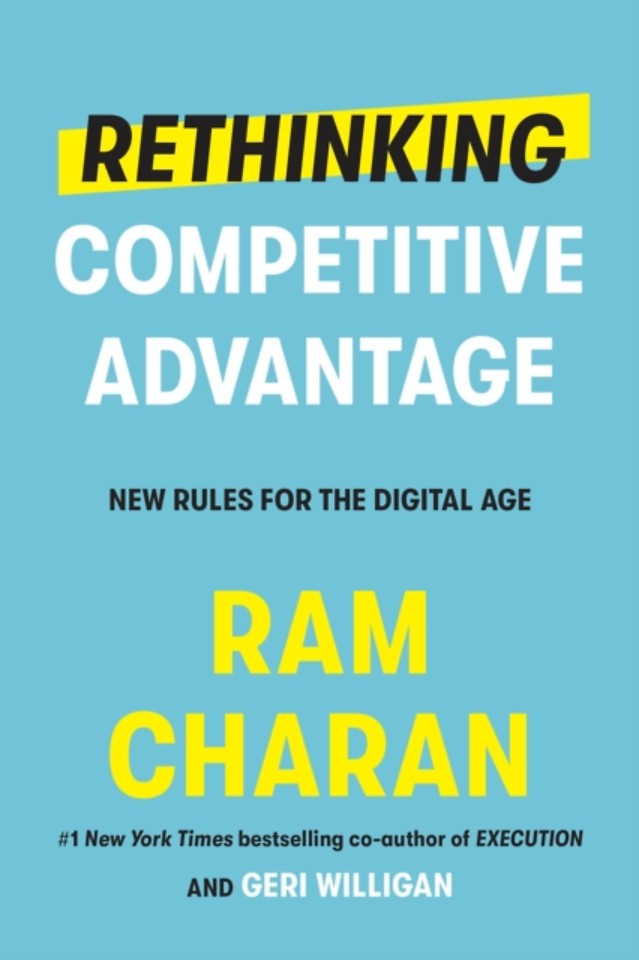 New Rules For a Digital Age

How do you gain an edge in the digital world order?

"Another book for the ages from a master! . . . Particularly insightful is his emphasis on how the end-to-end individual consumer experience will separate winners from losers in our new digital age." - Fred Hassan, chairman, Caret Group; former CEO, Schering-Plough and Pharmacia

The old ways of creating competitive advantage for your business—such as building moats to ward off competitors—have become dangerous. Giants like Amazon and Alibaba are creating vast new market spaces through a deft combination of tools like machine learning and business savvy that reimagines customer experiences while generating immense shareholder value.

A handful of traditional companies, including Fidelity Investments, Walmart, and B2W, have adopted these new approaches to reinvigorate their businesses. Most, however, are stalled—and the clock is running out.

In this lively, accessible guide, Ram Charan, bestselling author and adviser to some of the world’s top CEOs and boards, redefines competitive advantage for the digital-first era, offering a set of new rules to get ahead:

- Create an ecosystem with third-party partners to revolutionize and personalize the customer experience.
- Empower teams focused on a single task, building a "social engine" that drives constant innovation, fast execution, and customer satisfaction.
- Attract funders who understand the big picture: that beyond a certain scale, major upfront spending will turn into a cash-generation machine.

Filled with stories that peek behind the curtain of digital behemoths as well as traditional companies that have transformed their organizations, Rethinking Competitive Advantage offers concrete advice and methods to help you conceive of new market spaces and moneymaking models.

Competing against digital giants might seem daunting, if not impossible. The necessary computing power is within any company’s reach. By borrowing from these digital winners’ playbooks, traditional companies and upstarts alike can gain an upper hand. Whether you’re in the C-suite or brainstorming the next big idea from your garage, Rethinking Competitive Advantage is the ultimate guide to creating competitive advantage today.