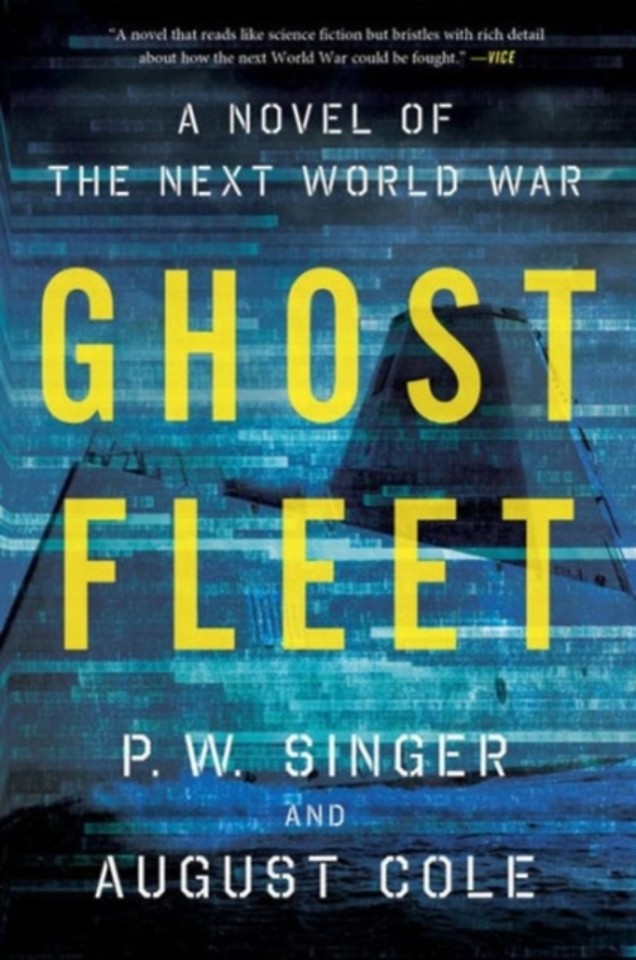 A novel of the Next World War

Ghost Fleet is a page-turning imagining of a war set in the not-too-distant future. Navy captains battle through a modern-day Pearl Harbour; fighter pilots duel with stealthy drones; teenage hackers fight in digital playgrounds; Silicon Valley billionaires mobilise for cyber-war; and a serial killer carries out her own vendetta. Ultimately, victory will depend on who can best blend the lessons of the past with the weapons of the future.

But what makes the story even more notable is that every trend and technology in book - no matter how sci-fi it may seem - is real. The debut novel by two leading experts on the cutting edge of national security, Ghost Fleet has drawn praise as a new kind of techno thriller while also becoming the new "must-read" for military leaders around the world.