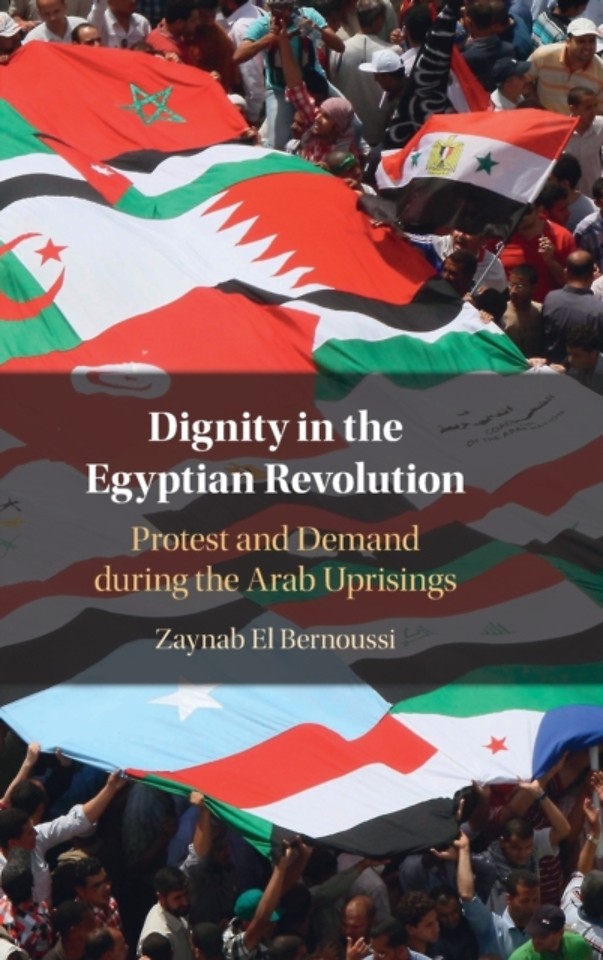 Dignity in the Egyptian Revolution

Protest and Demand during the Arab Uprisings

Dignity, or karama in Arabic, is a nebulous concept that challenges us to reflect on issues such as identity, human rights, and faith.

During the Arab uprisings of 2010 and 2011, Egyptians that participated in these uprisings frequently used the concept of dignity as a way to underscore their opposition to the Mubarak regime. Protesting against the indignity of the poverty, lack of freedom and social justice, the idea of karama gained salience in Egyptian cinema, popular literature, street art, music, social media and protest banners, slogans and literature.

Based on interviews with participants in the 2011 protests and analysis of the art forms that emerged during protests, Zaynab El Bernoussi explores understandings of the concept of dignity, showing how protestors conceived of this concept in their organisation of protest and uprising, and their memories of karama in the aftermath of the protests, revisiting these claims in the years subsequent to the uprising.

Dignity in the Egyptian Revolution