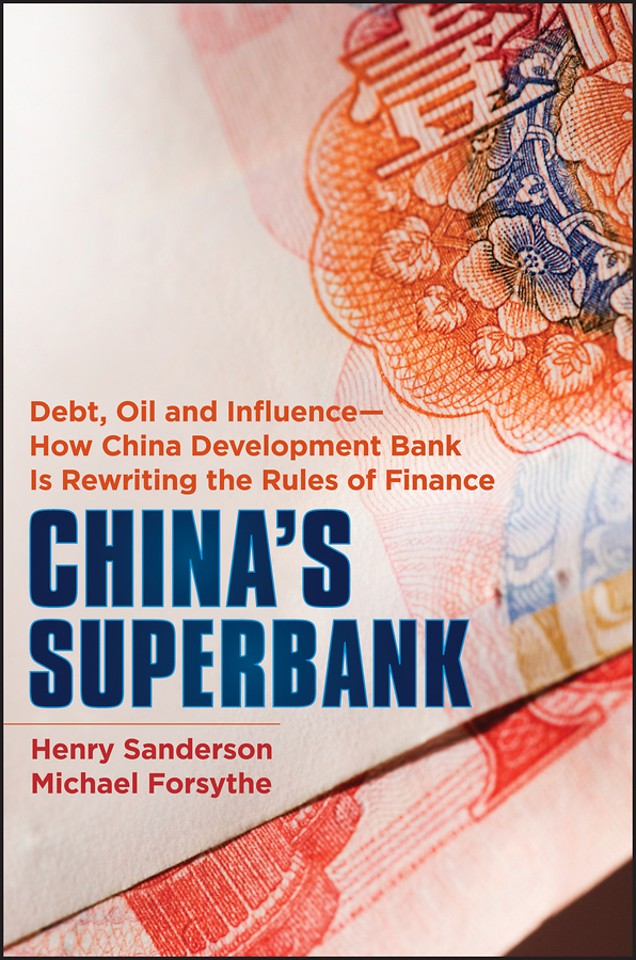 Debt, Oil and Influence – How China Development Bank is Rewriting the Rules of Finance

Anyone wanting a primer on the secret of China's economic success need look no further than China Development Bank (CDB) which has displaced the World Bank as the world's biggest development bank, lending billions to countries around the globe to further Chinese policy goals. In China s Superbank, Bloomberg authors Michael Forsythe and Henry Sanderson outline how the bank is at the center of China's domestic economic growth and how it is helping to expand China's influence in strategically important overseas markets.

100 percent owned by the Chinese government, the CDB holds the key to understanding the inner workings of China's state-led economic development model, and its most glaring flaws.

The bank is at the center of the country's efforts to build a world-class network of highways, railroads, and power grids, pioneering a lending scheme to local governments that threatens to spawn trillions of yuan in bad loans. It is doling out credit lines by the billions to Chinese solar and wind power makers, threatening to bury global competitors with a flood of cheap products. Another $45 billion in credit has been given to the country's two biggest telecom equipment makers who are using the money to win contracts around the globe, helping fulfill the goal of China's leaders for its leading companies to "go global."
Bringing the story of China Development Bank to life by crisscrossing China to investigate the quality of its loans, China s Superbank travels the globe, from Africa, where its China-Africa fund is displacing Western lenders in a battle for influence, to the oil fields of Venezuela.

- Offers a fascinating insight into the China Development Bank (CDB), the driver of China's rapid economic development
- Travels the globe to show how the CDB is helping Chinese businesses "go global"
- Written by two respected reporters at Bloomberg News

As China's influence continues to grow around the world, many people are asking how far it will extend. China s Superbank addresses these vital questions, looking at the institution at the heart of this growth.