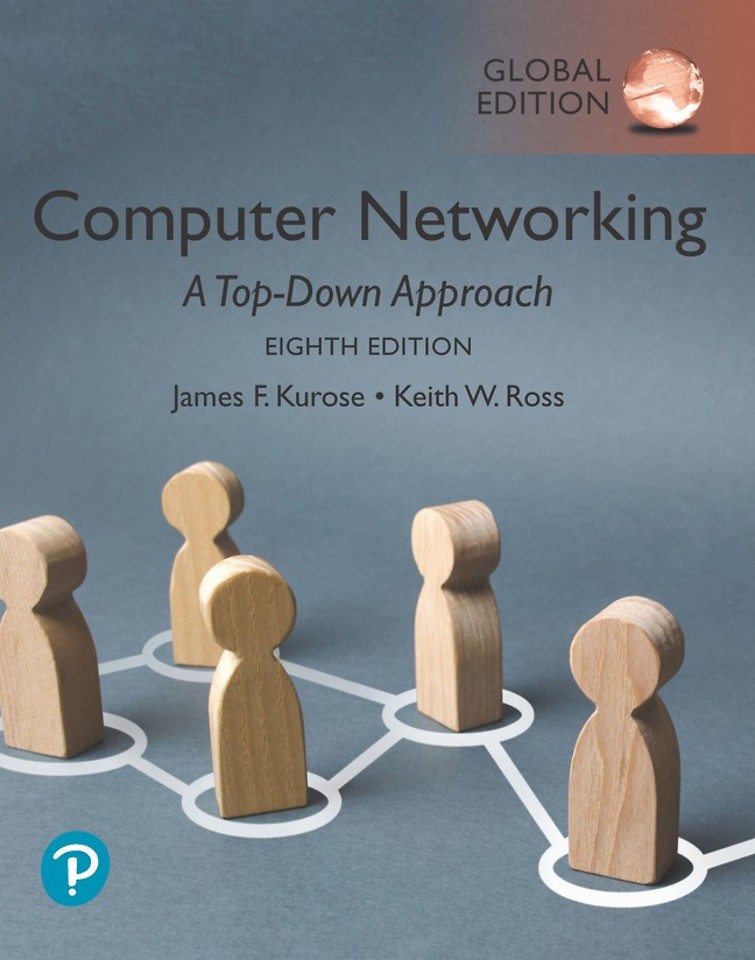 The text works its way from the application layer down toward the physical layer, motivating students by exposing them to important concepts early in their study of networking. Focusing on the Internet and the fundamentally important issues of networking, this text provides an excellent foundation for students in computer science and electrical engineering, without requiring extensive knowledge of programming or mathematics.

The 8th Edition has been updated to reflect the most important and exciting recent advances in networking, including software-defined networking (SDN) and the rapid adoption of 4G/5G networks and the mobile applications they enable.

New to This Edition
Expanded and significantly updated coverage reflects the swift rise in importance of software-defined networking (SDN) and the rapid adoption of 4G/5G networks and the mobile applications they enable – arguably the most important and exciting advances in networking in decades.
Individual chapters have been updated to reflect changes in the field of computer networking:

Chapter 1 has been updated to reflect the ever-growing reach and use of the Internet, and of 4G/5G networks.

Chapter 2, which covers the application layer, has been significantly updated, including material on the new HTTP/2 and HPPT/3 protocols for the Web.

Chapter 3 has been updated to reflect advances in, and evolution in use of, transport-layer congestion control and error control protocols over the past five years. Updated coverage includes expanded examinations of TCP CUBIC, the default TCP protocol in many deployed systems, and delay-based approaches to congestion control, including the new BBR protocol, which is deployed in Google’s backbone network. Additional coverage studies the QUIC protocol, which is being incorporated into the HTTP/3 standard.

Chapter 4, which covers the network-layer data plane, has general updates throughout. A new section is included on so-called “middleboxes,” which perform network-layer functions other than routing and forwarding, such as firewalling and load balancing. Timely new material is included on topics such as the amount of buffering that is “just right” in network routers, net neutrality, and the architectural principles of the Internet.

Chapter 6, which covers the link layer, has been updated to reflect the continuing evolution of link-layer technologies such as Ethernet. Also included is an updated and expanded treatment of datacenter networks, which are at the heart of the technology driving much of today’s Internet commerce.

Chapter 7 has been significantly updated and revised to reflect the many changes in wireless networking since the 7th edition, from short-range Bluetooth piconets, to medium-range wireless 802.11 local area networks (WLANs), to wide-area 4G/5G wireless cellular networks. Coverage of earlier 2G and 3G networks is retired in favor of a broader and deeper treatment of today’s 4G LTE networks and tomorrow’s 5G networks. Updated coverage of mobility issues, from the local issue of handover of mobile devices between base stations to the global issue of identity management and mobile device roaming among global cellular provider networks, is provided.