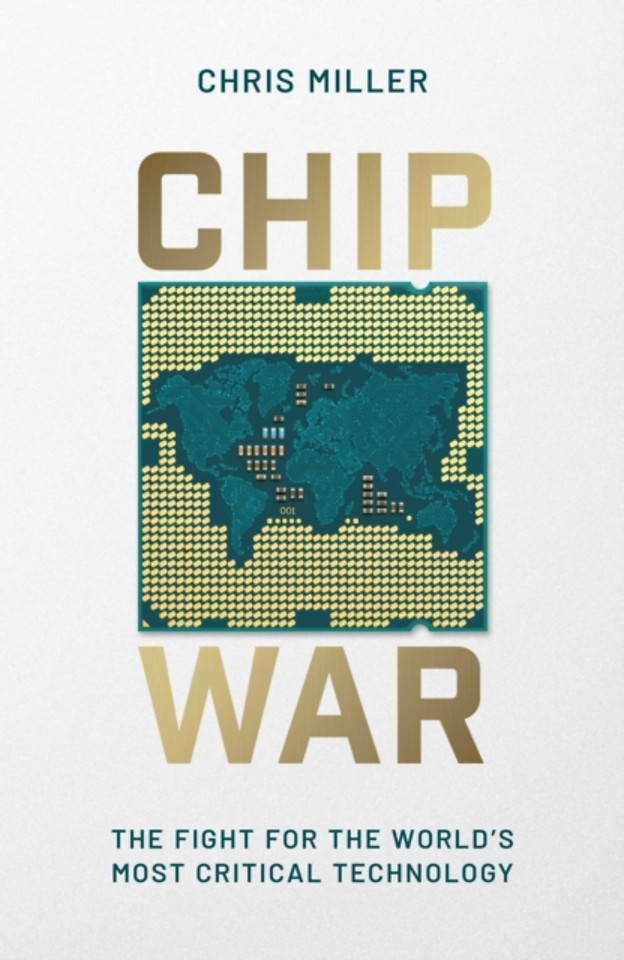 Chip War: The Fight for the World's Most Critical Technology

*Shortlisted for the Financial Times Business Book of the Year award*

'A nonfiction thriller' New York Times Chip War reveals how we can't make sense of politics, economics or technology today without first understanding the central role played by computer chips in shaping the modern world. But the West's lead in this area is under threat. At stake is America's military superiority and the economic prosperity of democratic nations.

Power in the modern world - military, economic, geopolitical - is built on a foundation of computer chips. America has maintained its lead as a superpower because it has dominated advances in computer chips and all the technology that chips have enabled. (Virtually everything runs on chips: cars, phones, the stock market, even the electric grid.) Now that edge is in danger of slipping, undermined by the naive assumption that globalising the chip industry and letting players in Taiwan, Korea and Europe take over manufacturing serves America's interests.

Currently, as Chip War reveals, China, which spends more on chips than any other product, is pouring billions into a chip-building Manhattan Project to catch up to the US. In Chip War economic historian Chris Miller recounts the fascinating sequence of events that led to the United States perfecting chip design, and how faster chips helped defeat the Soviet Union (by rendering the Russians' arsenal of precision-guided weapons obsolete). The battle to control this industry will shape our future.

China spends more money importing chips than buying oil, and they are China's greatest external vulnerability as they are fundamentally reliant on foreign chips. But with 37 per cent of the global supply of chips being made in Taiwan, within easy range of Chinese missiles, the West's fear is that a solution may be close at hand. 'An indispensable book' Niall Ferguson'Remarkable...an eye-popping work' Paul Kennedy 'Essential for understanding our modern world' Daniel Yergin

Chip War: The Fight for the World's Most Critical Technology