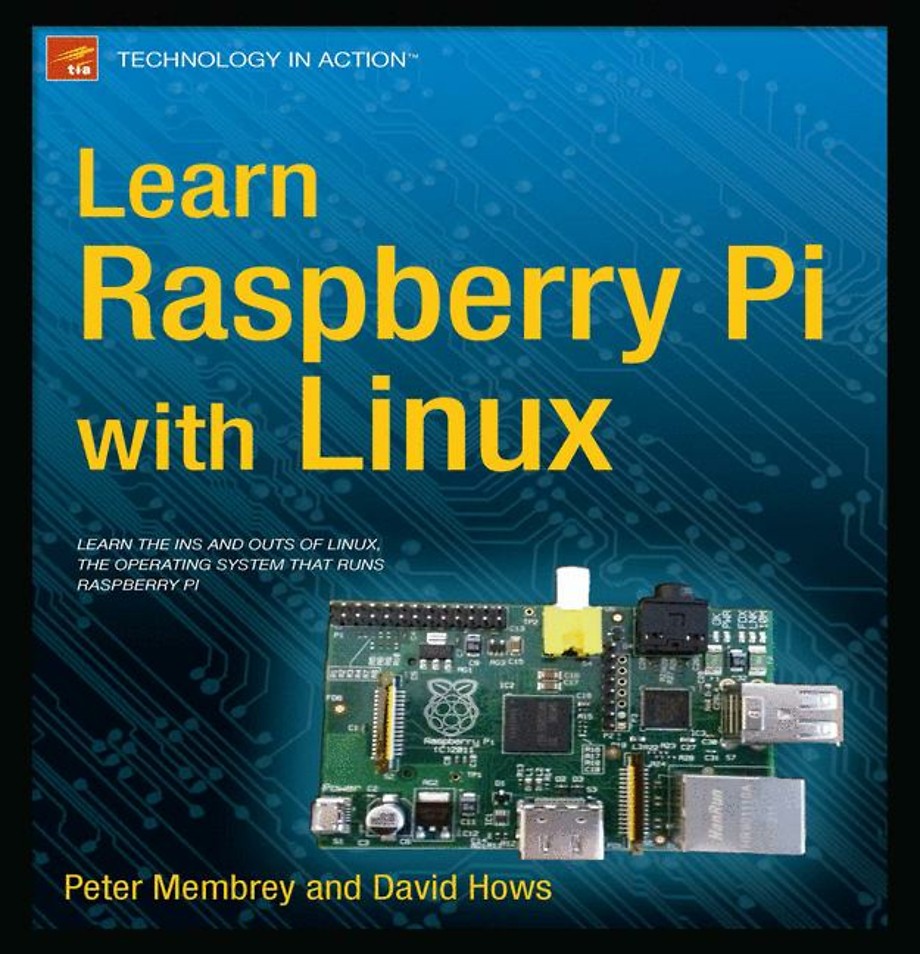 Learn Raspberry Pi with Linux will tell you everything you need to know about the Raspberry Pi's GUI and command line so you can get started doing amazing things. You'll learn how to set up your new Raspberry Pi with a monitor, keyboard and mouse, and you'll discover that what may look unfamiliar in Linux is really very familiar. You'll find out how to connect to the internet, change your desktop settings, and you'll get a tour of installed applications.

Next, you'll take your first steps toward being a Raspberry Pi expert by learning how to get around at the Linux command line. You'll learn about different shells, including the bash shell, and commands that will make you a true power user.

Making a Pi web server: run LAMP on your own network
Making your Pi wireless: remove all the cables and retain all the functionality
Making a Raspberry Pi-based security cam and messenger service: find out who's dropping by
Making a Pi media center: stream videos and music from your Pi

1: Your First Bite of Raspberry Pi
2: Surveying the Landscape<p>
3: Getting Comfortable
4: The File-Paths to Success
5: Essential Commands
6: Editing Files on the Command Line
7: Managing Your Pi<p>
8: A LAMP of Your Own<p>
9: WiPi: Wireless Computing
10: The Raspberry sPi<p>
11: Pi Media Center