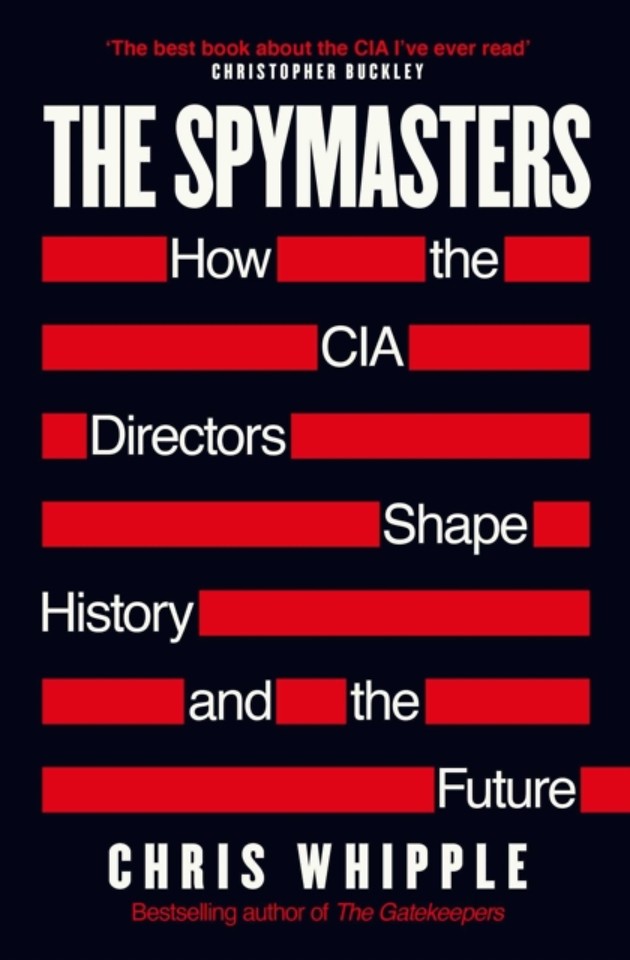 Chris Whipple is an acclaimed writer, journalist, documentary filmmaker, and speaker. A multiple Peabody and Emmy Award–winning producer at CBS’s 60 Minutes and ABC’s Primetime, he is the chief executive officer of CCWHIP Productions.

From the New York Times bestselling author of The Gatekeepers, a remarkable, behind-the-scenes look at what it's like to run the world's most powerful intelligence agency, and how the CIA is often a crucial counterforce against presidents threatening to overstep the powers of their office. Only 11 men and one woman are alive today who have made the life-and-death decisions that come with running the world's most powerful and influential intelligence service. With unprecedented, deep access to nearly all these individuals, Chris Whipple tells the story of an agency that answers to the United States president, but whose activities - spying, espionage, and covert action - take place on every continent.

At pivotal moments, the CIA acts as a brake on rogue presidents, starting in the mid-seventies with DCI Richard Helms' refusal to conceal Richard Nixon's criminality and continuing recently as the actions of a CIA whistleblower ignited impeachment proceedings against Donald Trump. Since its inception in 1947, the Central Intelligence Agency has been a powerful player on the world stage, operating largely in the shadows to protect American interests. For The Spymasters, Whipple conducted extensive, exclusive interviews with nearly every living CIA director, pulling back the curtain on the world's elite spy agency and showing how the CIA partners - or clashes - with counterparts in Britain, France, Germany, Israel, Jordan, Saudi Arabia and Russia.

Topics covered in the book include attempts by presidents to use the agency for their own ends; simmering problems in the Middle East and Asia; rogue nuclear threats; and cyberwarfare. The Spymasters recounts seven decades of CIA activity and elicits predictions about the issues - and threats - that will engage the attention of future operatives and analysts. Including eye-opening interviews with George Tenet, John Brennan, Leon Panetta and David Petraeus, as well as those who've just recently departed the agency, this is a timely, essential and important contribution to current events.

Chris Whipple is an acclaimed writer, journalist, documentary filmmaker, and speaker. A multiple Peabody and Emmy Award–winning producer at CBS’s 60 Minutes and ABC’s Primetime, he is the chief executive officer of CCWHIP Productions. He is a frequent guest on MSNBC and CNN, and his writing has appeared in The New York Times and The Washington Post. The author, most recently, of The Gatekeepers, he was the executive producer and writer of Showtime’s The Spymasters: CIA in the Crosshairs.