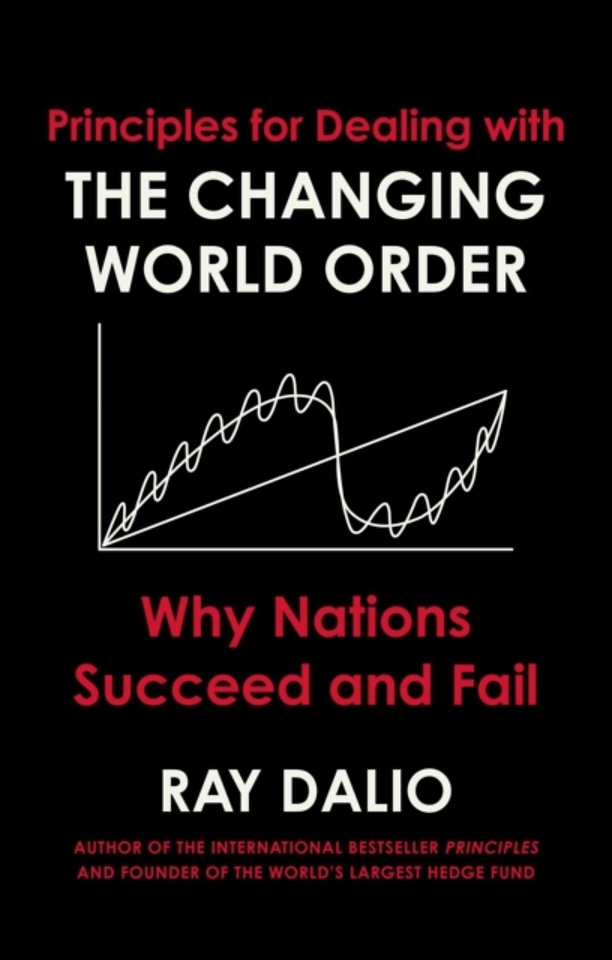 Principles for Dealing with the Changing World Order

Why Nations Succeed or Fail

From the international bestselling author of Principles and legendary investor Ray Dalio, who has spent half a century studying global markets, The Changing World Order examines history’s most turbulent economic and political periods to reveal why the times ahead will likely be radically different from those we’ve experienced in our lifetimes.

A few years ago, renowned investor Ray Dalio began noticing a confluence of political and economic conditions he hadn’t encountered before in his fifty-year career. They included large debts and zero or near-zero interest rates in the world’s three major reserve currencies; significant wealth, political and values divisions within countries; and emerging conflict between a rising world power (China) and the existing one (US).

Seeking to explain the cause-effect relationships behind these conditions, he began a study of analogous historical times and discovered that such combinations of conditions were characteristic of periods of transition, such as the years between 1930 and 1945, in which wealth and power shifted in ways that reshaped the world order. Looking back across five hundred years of history and nine major empires - including the Dutch, the British and the American - The Changing World Order puts into perspective the cycles and forces that have driven the successes and failures of all the world’s major countries throughout history.

Dalio reveals the timeless and universal dynamics that were behind these shifts, while also offering practical principles for policymakers, business leaders, investors and others operating in this environment.

A provocative read...There are few tomes that coherently map such broad economic histories as well as Mr. Dalio’s. Perhaps more unusually, Mr. Dalio has managed to identify metrics from that history that can be applied to understand today. - Andrew Ross Sorkin, The New York Times

Principles for Dealing with the Changing World Order