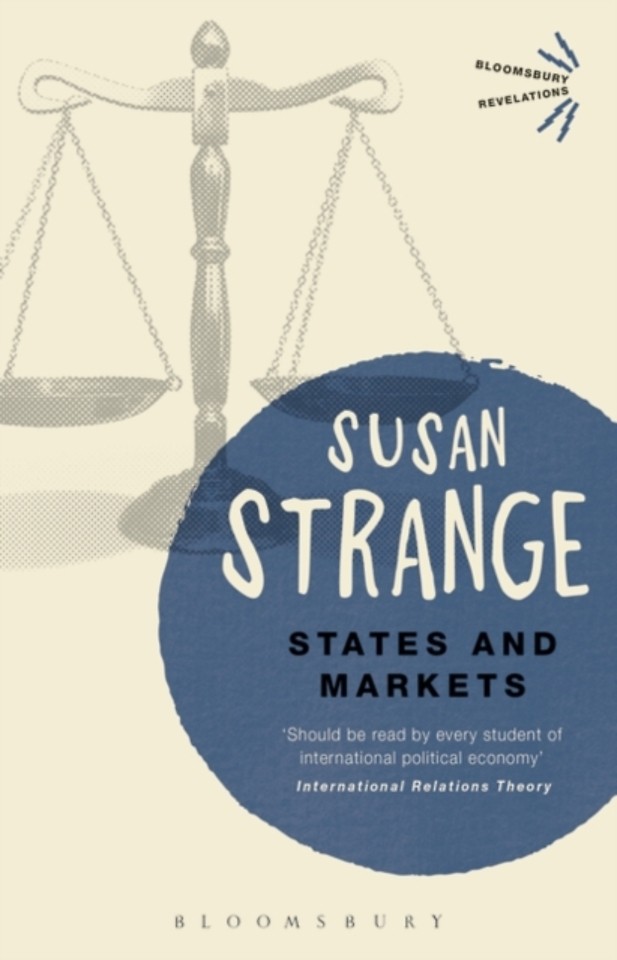 '[States and Markets] should be read by every student of international political economy.' - International Relations Theory.

Susan Strange was one of the most influential international relations scholars of the latter half of the twentieth century. She is regarded by many as the creator of the discipline of international political economy (IPE) and leaves behind an impressive body of work.

States and Markets is one of Strange's seminal texts. Strange Introduces the reader to a unique critical model for understanding the relationship between politics and economics centred on her four-faceted model of power consisting of: security, production, finance and knowledge. Using these terms Strange provides a rigorous analysis of the effects of political authority, including states, on markets and conversely of market forces on states.

The Revelations edition includes a new foreword by Ronen Palan.