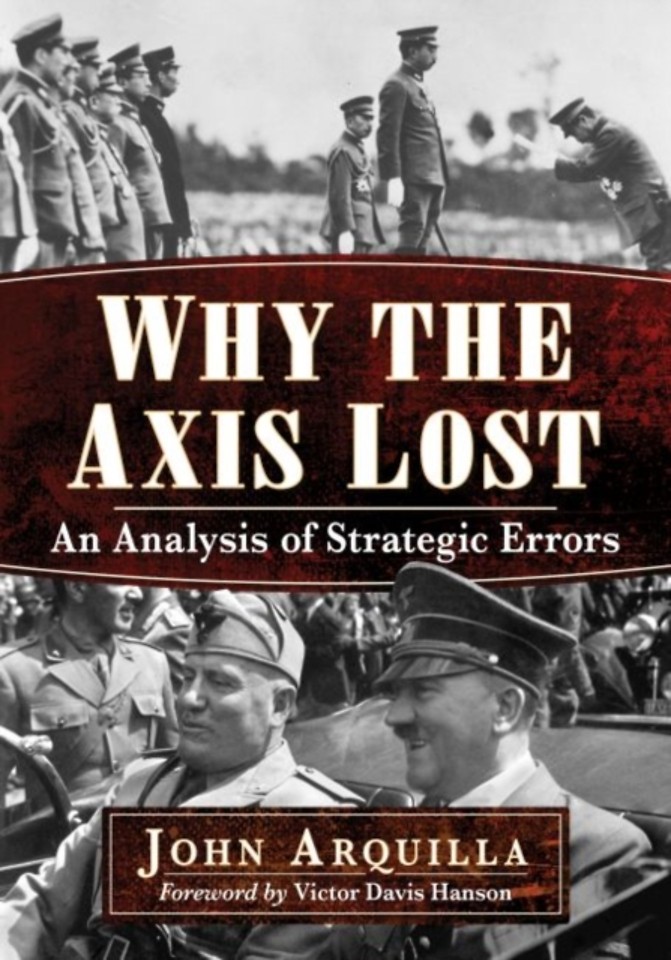 Why the Axis Lost

An Analysis of Strategic Errors

The factors leading to the defeat of the Axis Powers in World War II have been debated for decades. One prevalent view is that overwhelming Allied superiority in materials and manpower doomed the Axis. Another holds that key strategic and tactical blunders lost the war-from Hitler halting his panzers outside Dunkirk, allowing more than 300,000 trapped Allied soldiers to escape, to Admiral Yamamoto falling into the trap set by the U.S.

Navy at Midway. Providing fresh perspective on the war, this study challenges both views and offers an alternative explanation: the Germans, Japanese and Italians made poor design choices in ships, planes, tanks and information security-before and during the war-that forced them to fight with weapons and systems that were too soon outmatched by the Allies'. The unprecedented arms race of World War II posed a fundamental "design challenge" the Axis powers sometimes met but never mastered.

Why the Axis Lost