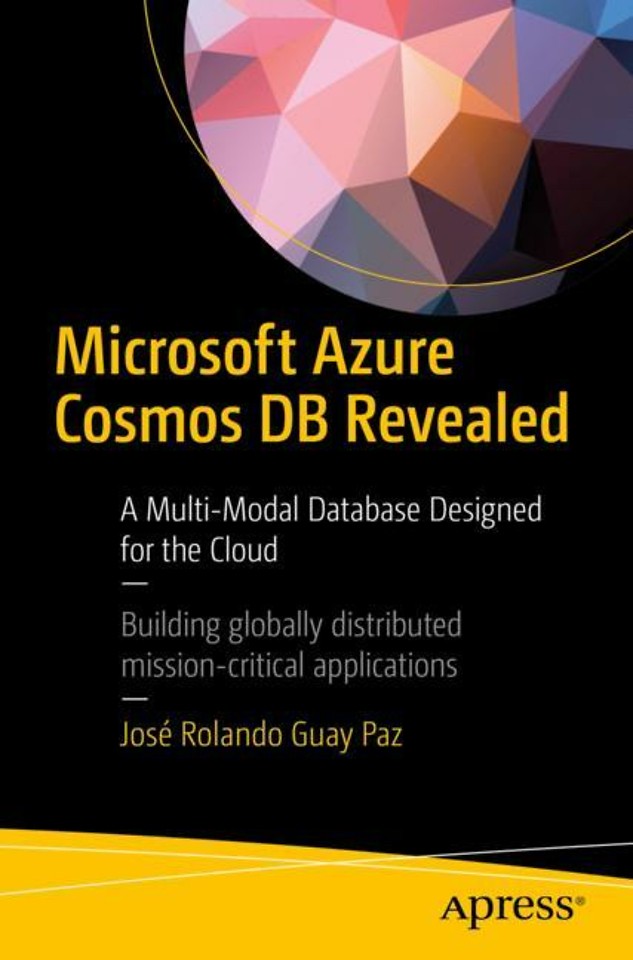 A Multi-Model Database Designed for the Cloud

Learn the main features of Azure Cosmos DB and how to use Microsoft’s multi-model database service as a data store for mission-critical applications. The clear examples help in writing your own applications to take advantage of Cosmos DB’s multi-model, globally distributed, elastic database. Simple step-by-step instructions show how to resolve common and uncommon scenarios involving Azure Cosmos DB, and scenarios such as delivering extremely low response times (in the order of milliseconds), and scaling rapidly and globally.
Microsoft Azure Cosmos DB Revealed demonstrates a multitude of possible implementations to get you started. This book guides you toward best practices to get the most out of Microsoft’s Cosmos DB service. Later chapters in the book cover advanced implementation features, helping you master important elements such as securing the database, querying, and using various APIs.
What You'll Learn

-Set up a development environment to work with Azure Cosmos DB

-Query using all APIs, including SQL, JavaScript, MongoDB, and Graph

-Work with the Azure Cosmos DB.NET SDK in an application you built
-Access Cosmos DB from web applications created in .NET

Who This Book Is For
Developers who build applications to be hosted in Microsoft Azure, whether they use PaaS or IaaS. No previous knowledge of Azure Cosmos DB is assumed, but readers must be familiar with developing applications in Microsoft Visual Studio.