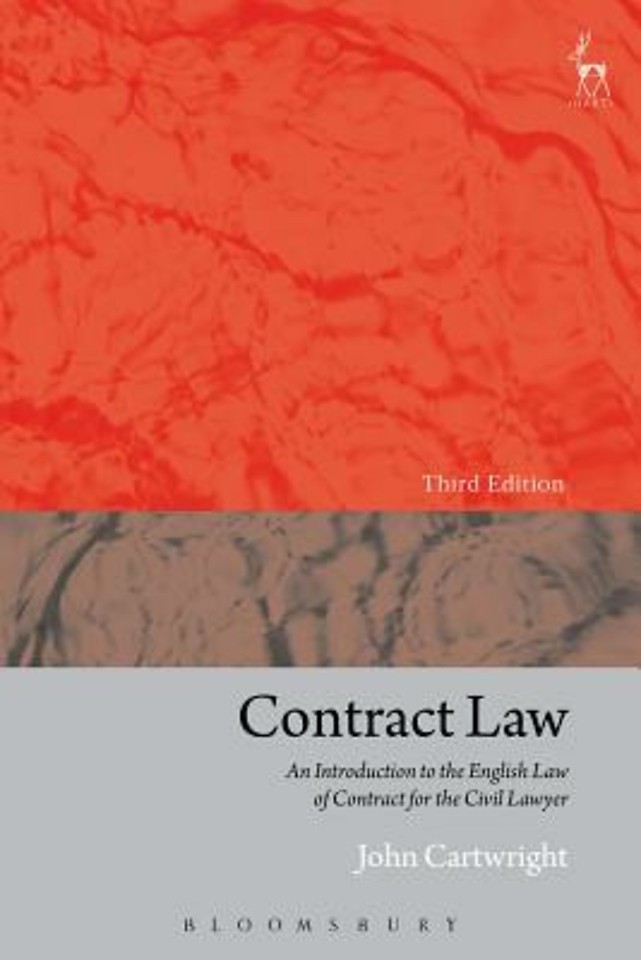 This book gives an introduction to the English law of contract. The third edition has been fully updated to cover recent developments in case law and recent statutes such as the Consumer Rights Act 2015. However, this new edition retains the primary focus of the earlier editions: it is designed to introduce the lawyer trained in a civil law jurisdiction to the method of reasoning in the common law, and in particular to the English law of contract.

It is written for the lawyer-whether student or practitioner-from another jurisdiction who already has an understanding of a (different) law of contract, but who wishes to discover the way in which an English lawyer views a contract. However, it is also useful for the English law student: setting English contract law generally in the context of other European and international approaches, the book forms an introductory text, not only demonstrating how English contract law works but also giving a glimpse of different ways of thinking about some of the fundamental rules of contract law from a civil law perspective.

After a general introduction to the common law system-how a common lawyer reasons and finds the law-the book explains the principles of the law of contract in English law covering all the aspects of a contract from its formation to the remedies available for breach, whilst directing attention in particular to those areas where the approach of English law is in marked contrast to that taken in many civil law systems.