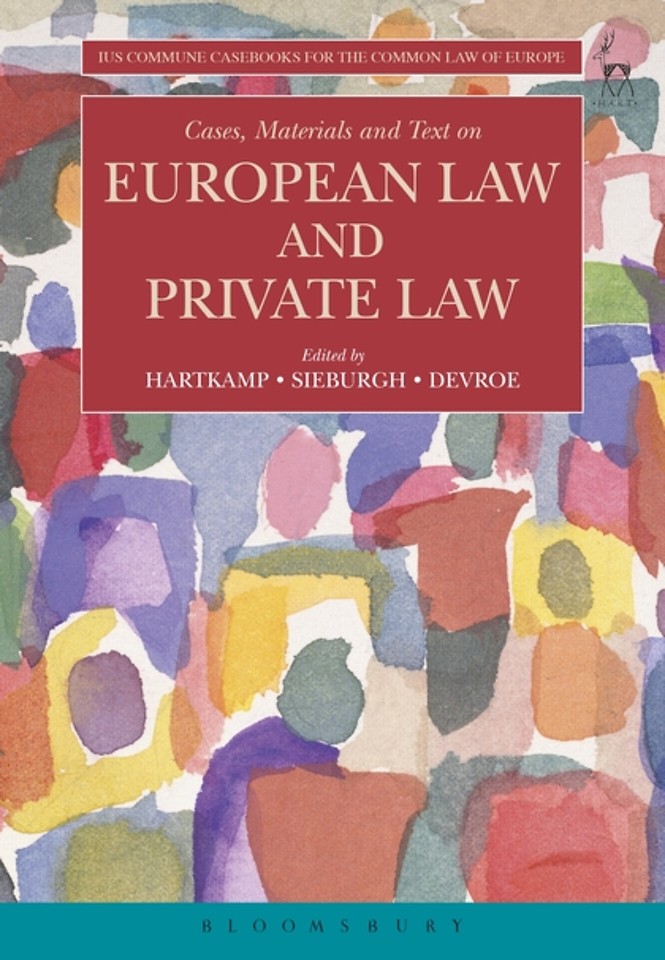 Cases, Materials and Text on European Law and Private Law

This Casebook deals with the horizontal effects of EU law, which is to say its effects on relationships between individuals. To a large extent, these effects have been created by the Court of Justice of the European Union (CJEU) on the basis of the European Treaties. The main focus of the Casebook is on the developments relating to primary EU law and their influence on national private law.

It studies instances where EU primary law has already directly or indirectly influenced the case law in the Member States, or where it is expected to do so soon. Compared to the well-known impact of EU directives on private law, these developments concerning primary EU law are hardly noted by private lawyers and perhaps not sufficiently explained by scholars of EU law. Therefore the book makes an important contribution to scholarship and education.

This book highlights developments in the areas of competition law, fundamental freedoms, non-discrimination, general principles of EU law, ex officio application of provisions of EU law and implementation of directives, including harmonious interpretation and Francovich liability. In its analysis of the ways in which EU law interacts with private law, the book will be an invaluable resource to students, practitioners and academics of EU private law.

2. COMPETITION LAW
I. General Part
II. Remedies for Infringements of the Competition Provisions

Cases, Materials and Text on European Law and Private Law