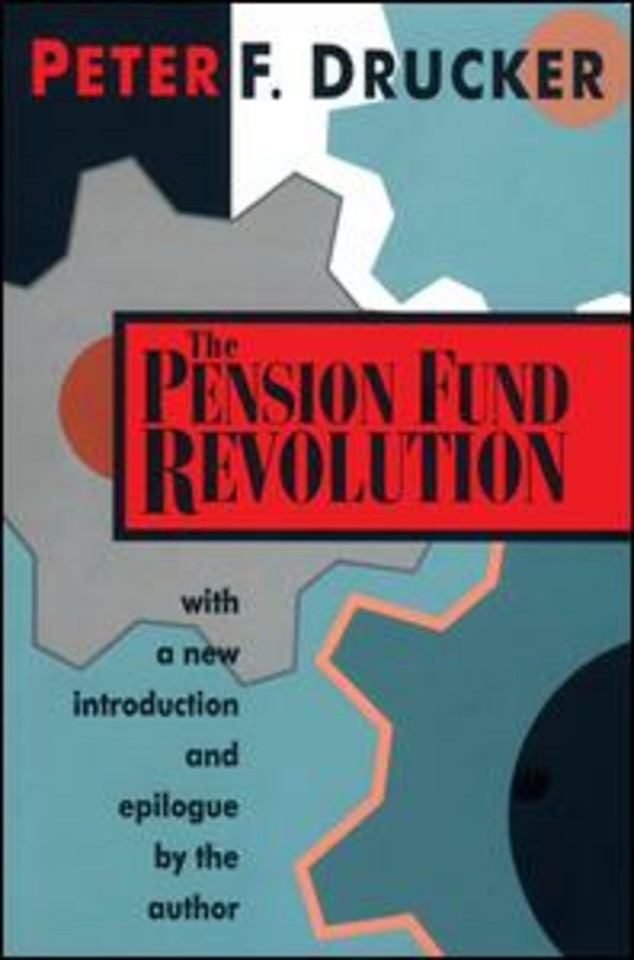 In The Pension Fund Revolution, originally published nearly two decades ago under the title The Unseen Revolution, Drucker reports that institutional investors, especially pension funds, have become the controlling owners of America's large companies, the country's only capitalists. He maintains that the shift began in 1952 with the establishment of the first modern pension fund by General Motors. By 1960 it had become so obvious that a group of young men decided to found a stock-exchange firm catering exclusively to these new investors. Ten years later this firm (Donaldson, Lufkin & Jenrette) became the most successful, and one of the biggest, Wall Street firms.

Drucker's argument, that through pension funds ownership of the means of production had become socialized without becoming nationalized, was unacceptable to the conventional wisdom of the country in the 1970s. Even less acceptable was the second theme of the book: the aging of America. Among the predictions made by Drucker in The Pension Fund Revolution are: that a major health care issue would be longevity; that pensions and social security would be central to American economy and society; that the retirement age would have to be extended; and that altogether American politics would increasingly be dominated by middle-class issues and the values of elderly people.

While readers of the original edition found these conclusions hard to accept, Drucker's work has proven to be prescient. In the new epilogue, Drucker discusses how the increasing dominance of pension funds represents one of the most startling power shifts in economic history, and he examines their present-day Impact. The Pension Fund Revolution is now considered a classic text regarding the effects of pension fund ownership on the governance of the American corporation and on the structure of the American economy altogether. The reissuing of this book is more timely now than ever. It provides a wealth of information for sociologists, economists, and political theorists.