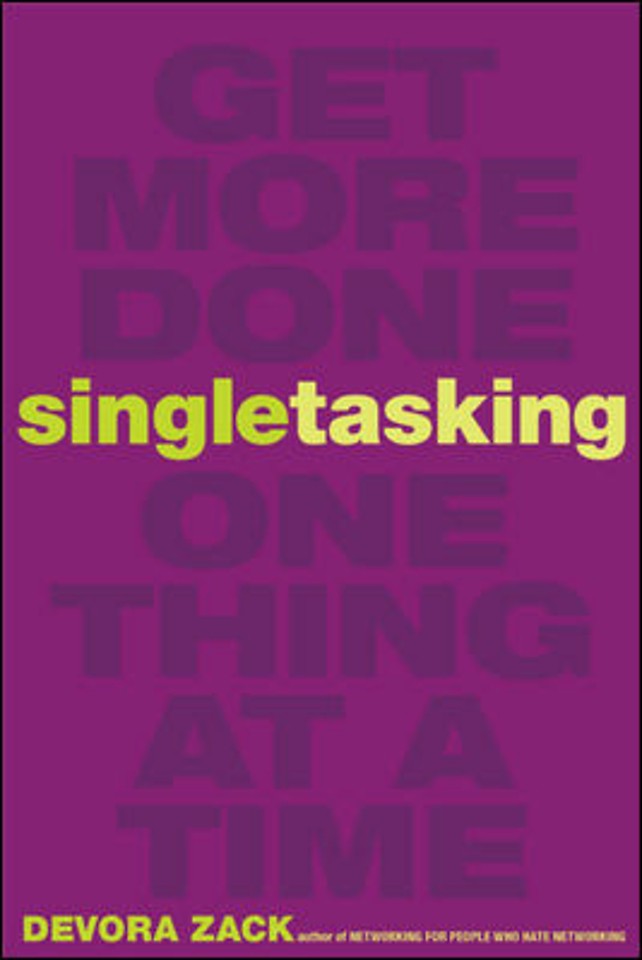 Singletasking: Get More Done-One Thing at a Time

We have become a nation - one of many - addicted to the popular, enticing, and dangerously misleading drug of multitasking. Author Devora Zack was hooked once herself. This book is her intervention - she beat her addiction and became more efficient, and she shows how you can too. You think you can do more by tackling several tasks at once? That’s an illusion, and Zack marshals a host of neuroscientific evidence to prove it.

The fact is, your brain is designed to singletask. Multitasking is unnatural, ineffective, stressful, and occasionally dangerous. You and the world are better off when you focus on one thing at a time. But with all the information and interruptions that bombard us today, isn’t that an impossible dream? Nope. The key is controlling your inside and your outside. Singletasking explains exactly how to clear and calm your mind, arrange your schedule and environment, and gently but firmly manage the expectations of people around you so that you can accomplish a succession of tasks, one by one - and be infinitely more productive. You don’t have to become a hermit. You can still live in the 21st century.

This book flies in the face of long-standing rhetoric glorifying multitasking. Zack presents elegantly simple methods for tackling your typical insurmountable list of to-dos with less effort and greater ease. Only clowns should juggle. Singletasking is the secret to success and sanity.

Singletasking: Get More Done-One Thing at a Time