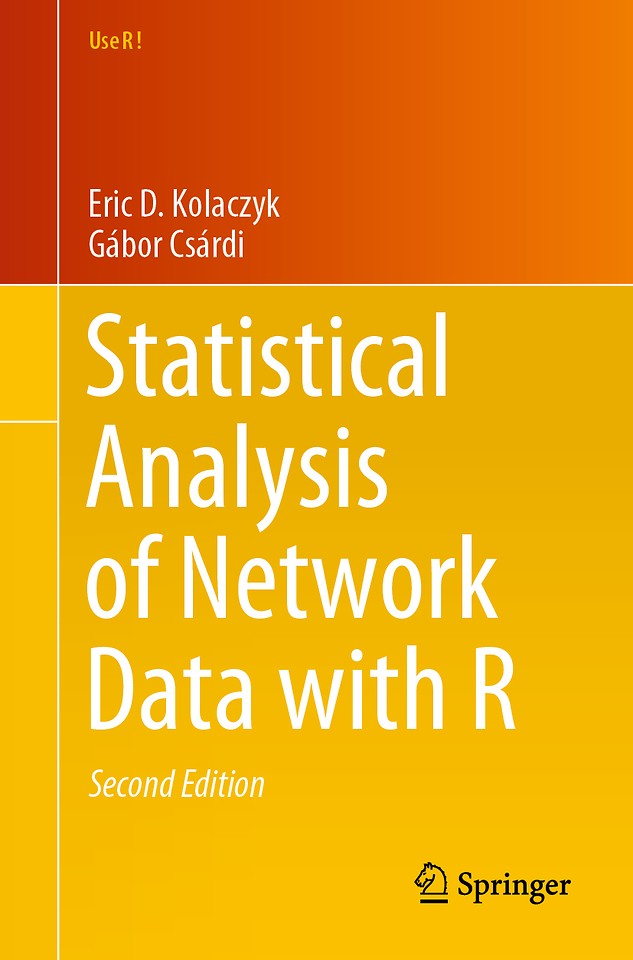 The new edition of this book provides an easily accessible introduction to the statistical analysis of network data using R. It has been fully revised and can be used as a stand-alone resource in which multiple R packages are used to illustrate how to conduct a wide range of network analyses, from basic manipulation and visualization, to summary and characterization, to modeling of network data.

The central package is igraph, which provides extensive capabilities for studying network graphs in R. The new edition of this book includes an overhaul to recent changes in igraph. The material in this book is organized to flow from descriptive statistical methods to topics centered on modeling and inference with networks, with the latter separated into two sub-areas, corresponding first to the modeling and inference of networks themselves, and then, to processes on networks.

The book begins by covering tools for the manipulation of network data. Next, it addresses visualization and characterization of networks. The book then examines mathematical and statistical network modeling. This is followed by a special case of network modeling wherein the network topology must be inferred. Network processes, both static and dynamic are addressed in the subsequent chapters. The book concludes by featuring chapters on network flows, dynamic networks, and networked experiments.

'Statistical Analysis of Network Data with R, 2nd Ed.' has been written at a level aimed at graduate students and researchers in quantitative disciplines engaged in the statistical analysis of network data, although advanced undergraduates already comfortable with R should find the book fairly accessible as well.