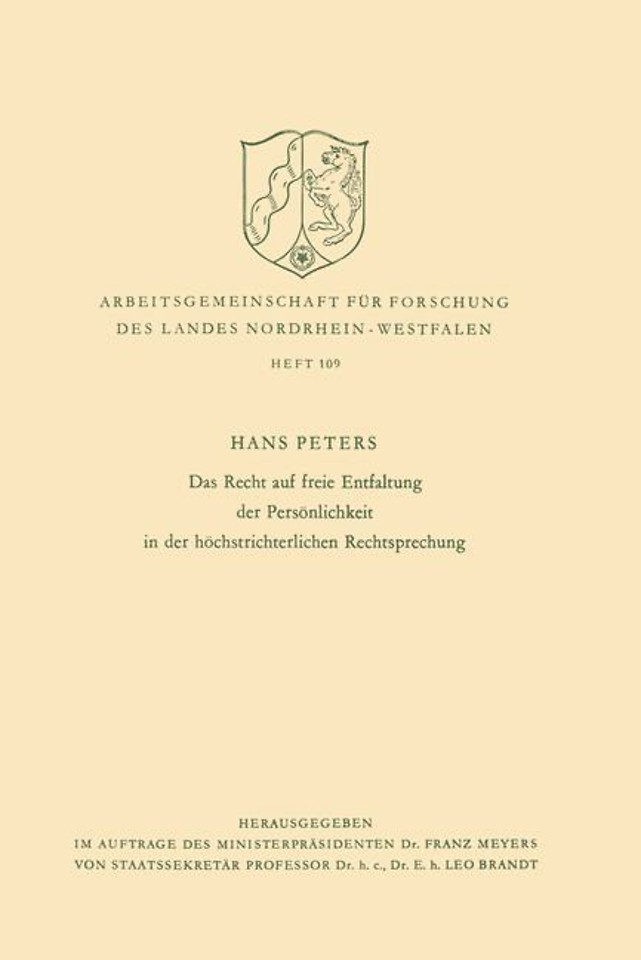 Article 2, Section I of the Fundamental-Law reads: "Every person has the right to the free development of his personality as long as he does not infringe on therights of others and does not contravene constitutional order or the morality code. " The purpose of the lecture is to give validity to the significance of this basic regulation, since some literature and the jurisdiction of highest courts have interpreted this sentence too relatively. This example can illustrate the dangers of a positivism of human and basic rights of men, inasmuch as the legal formulation tends all too easily to let these ethically established con­ ceptions which are based on historically founded ideas be interpreted by a generation of lawyers taught with a positive approach towards Civil Law. Under the direction of the Federal Constitutional Court - most prominent in the decision of 16 ]anuary 1957 (official records and decisions, vol. 6, on and from page 32) - the constitutional article was given an interpretation which was opposed in a double sense by the author in his statements.