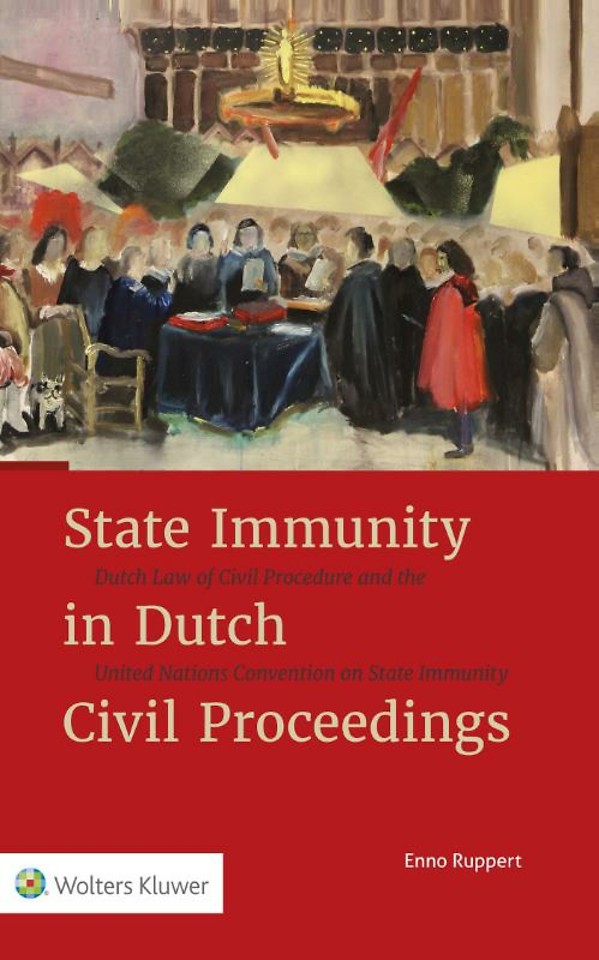 Viewed from the Dutch perspective, this book examines the historical evolution of current Dutch views on State immunity. It examines in depth the relevant provisions of the United Nations Convention.

The centrepiece of State Immunity in Dutch Civil Proceedings is a critical analysis of the conformity of these provisions with those of the relevant current Dutch law of civil procedure and the current Dutch views on State immunity. The analysis does not shy away from the potential for conflict and evaluates the possible added value the convention may have for Dutch legal practice.

The law of State immunity
The law of State immunity is set in a “world in-between” - in more ways than one. It is a part of public international law; its application, however, is subject to national law of civil procedure. Historically, it has almost exclusively been part of customary law and therefore notoriously difficult to grasp. Now, with the adoption of the United Nations Convention on Jurisdictional Immunities of States and Their Property, there is a realistic chance of establishing a binding and uniform set of rules internationally. Though not yet in force, the United Nations Convention has already been embraced by courts as a welcome representation of the current state of customary law.

Part One: Introduction 3
Chapter I Background 5

Chapter V The Dutch View 85
A Concise Political History 85
B Dutch Civil Proceedings 86
1 The Courts 87
2 Principles of Civil Procedure 88
3 How it Works 89
a The Dagvaardingsprocedure 89
b The Verzoekschriftprocedure 92
c The Kort Geding 94
d Measures of Constraint 96
aa Post-Judgement 96
bb Pre-Judgement 98
4 The Application of Public International Law 102
C The Netherlands and State Immunity 102
1 Use of Terms 103
2 A Difficult Start 103
3 Early Practice: In Search of Uniformity 105
a First Legislation 106
b Judicial Implementation 108
c Assessment of the Early Dutch Practice 109
4 Later Practice: The Restrictive Doctrine Prevails 110
a Restrictive Immunity from Adjudication 111
aa Restrictive Tendencies in Treaties 112
bb The Hoge Raad Gives its Blessing 113
cc Distinguishing Between Foreign States’ Acts 115
b Restrictive Immunity from Measures of Constraint 116

Immunities of States and Their Property 316