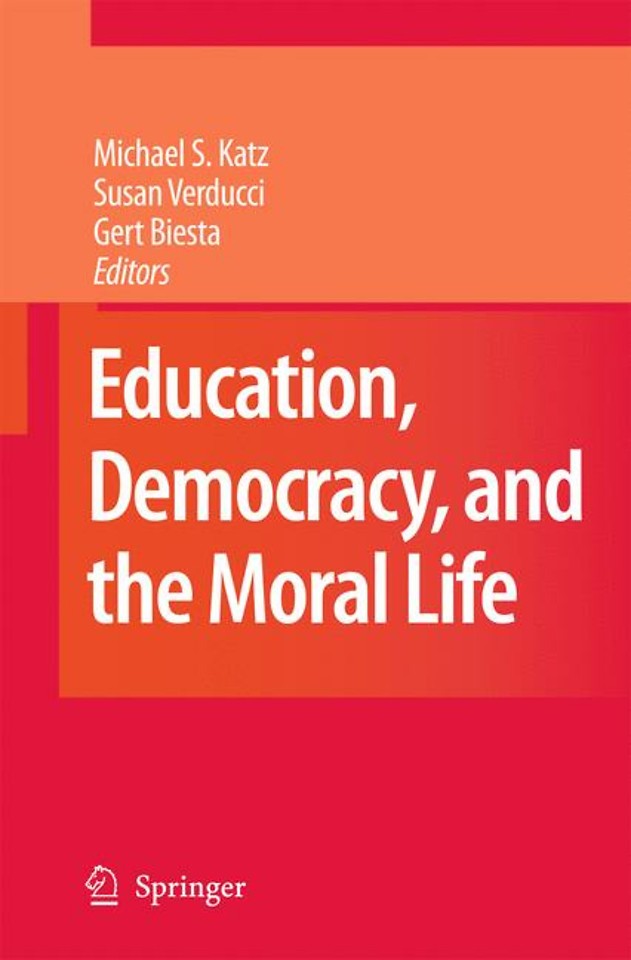 Education, Democracy and the Moral Life

This volume has its origin in the Francis T. Villemain Memorial lectures at San Jose State University – a lecture series established in 1992 to honor the memory of 1 Dean Francis T. Villemain. All the essays in this volume, with the exception of those by Gert Biesta, Susan Verducci, and Michael Katz, were developed from l- tures given as part of the series. The general rubric of the lectures was “democracy, education, and the moral life” – a title reflecting Villemain’s lifelong love of the work of John Dewey whose preface to his famous work in 1916, Democracy and Education, suggested that the purpose of education was to develop democratic ci- zens, citizens infused with the spirit of democracy and the capacity to think and act intelligently within democratic settings. Of course, for Dewey, democracy was not to be conceived of as merely a political form of government, but as a shared form of social life, one that was inclusive rather than exclusive and one that was capable of adapting to the changing features of contemporary social and political reality. Francis T. Villemain’s appreciation for the intersections of the values of dem- racy, education, and the moral life was heightened by his doctoral work at Teachers College, Columbia University in the 1950s – where Dewey’s legacy remained a powerful one. But it also continued during his career at Southern Illinois University where he collaborated in compiling and editing the collected works of John Dewey.

Preface and Acknowledgements; M. S. Katz. Introduction: Education, Democracy and the Moral Life: Where Opposites Collide; S. Verducci. 1. Education and the Ethics of Democratic Citizenship, R. D. Glass. 2. Is There A Right to Education? A Philosophical Analysis through U.S. Lenses; M. S. Katz. 3. The Democratic and Educational Potential of Political Blogs; N. C. Burbules. 4. Democratic Patriotism and Multicultural Education; E. Callan. 5. Racism: What It Is and What It Isn’t; L. Blum. 6. For Goodness Sake: How Religious Stories Work to Make Us Good and The Goodness that they Make; W. Feinberg. 7. Sporadic Democracy: Education, Democracy and the Question of Inclusion; G. Biesta. 8. Public Reason and the Education of Democratic Citizens: the Role of Higher Education; E. Robertson. 9. Love and Hatred in the Moral Life: Educational Investigations; A. Diller.

Education, Democracy and the Moral Life