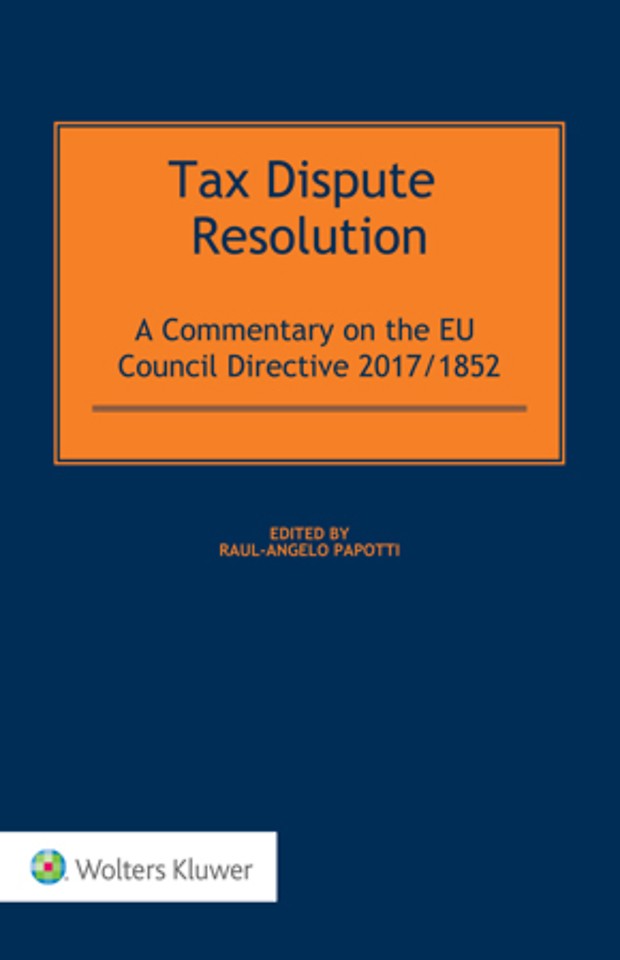 Tax Dispute Resolution is a very thorough and detailed book, which explains the law and application of EU Council Directive 2017/185 in each jurisdiction. In recent decades, there has been a steady growth in the number of audits and tax assessments carried out by national tax administrations. National legislatures and international organizations have also begun to study and develop new dispute resolution mechanisms that are more effective than those currently available. Notable among these mechanisms is EU Council Directive 2017/1852, which heralded a new era of EU tax legislation seeking to ensure a comprehensive legal framework for dispute resolution in tax matters involving all the Member States.

Following an introduction describing the Directive and analysing its most salient features, each individual country chapter, written by eminent tax partners and tax litigation specialists from key European jurisdictions, reports the relevant domestic implementing measures with commentary, relevant case law, and details of mutual agreement procedures (MAPs) and arbitration outcomes. Each country chapter fully addresses key legal and practical issues, such as:
- competent authority decisions concerning a taxpayer complaint filed under EU Council Directive 2017/1852;
- domestic provisions on MAPs initiated under the Directive;
- the entitlement of taxpayers to request the formation of an Advisory Commission to start the arbitration phase;
- effective timelines;
- the interplay of the procedures under the Directive with national legal remedies, including litigation before competent tax courts;
- recurring domestic issues relating to MAPs under double-tax treaties and the EU Arbitration Convention; and
- opportunities for taxpayers to involve national courts to resolve obstacles under existing dispute resolution mechanisms.

This valuable practice guide clearly explains how the Directive can be used to address potential shortcomings in laws and initiatives, such as the Multilateral Convention to Implement Tax Treaty Related Measures to Prevent Base Erosion and Profit Shifting (MLI), the EU Arbitration Convention, the Common Consolidated Corporate Tax Base proposal, and rules to ensure that digital business activities are taxed in a fair and growth-friendly way.

This book is written as a ‘one-stop shop’ that gives the reader a full picture of the options available to resolve a tax dispute under the new framework. The book discusses the Directive’s promise of restoring legal certainty, implementing enforceable deadlines for the resolution of disputes, providing effective review and appeal procedures, and promoting consistency in the application of rules throughout the EU Member States. This comprehensive commentary offers guidance on the resolution of tax disputes, and it will be welcomed by tax practitioners and officials concerned with issues of transfer pricing and other aspects of cross-border taxation as well.