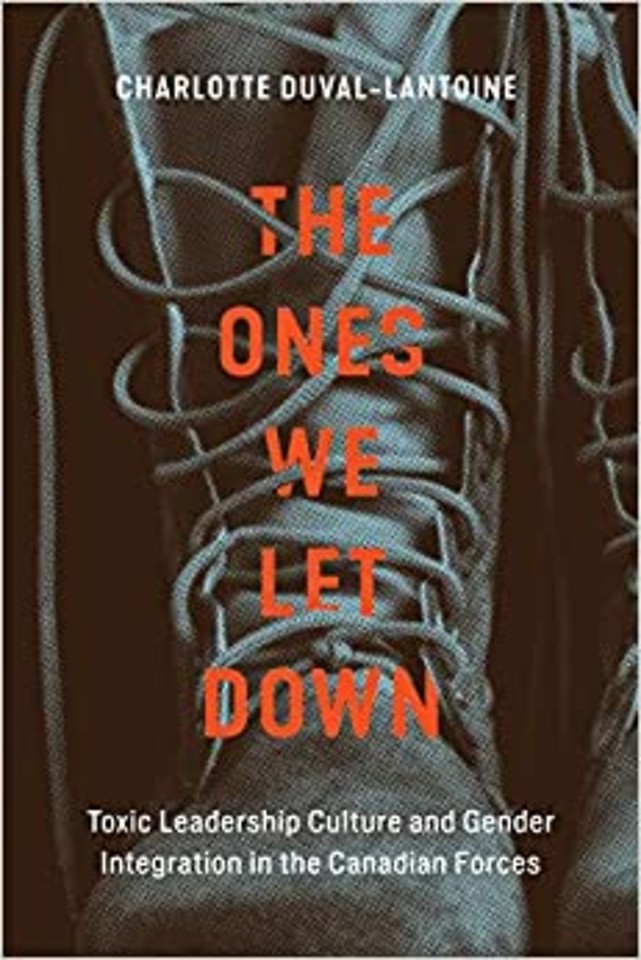 The Ones We Let Down

Toxic Leadership Culture and Gender Integration in the Canadian Forces

In 2021, a sexual misconduct scandal struck the Canadian military, leading to a profound crisis in leadership. While some more recent allegations came to light before the #MeToo movement, these latest revelations have historical roots in the 1990s, an era known to service members as the "decade of darkness."Due to drastic budget cuts and allegations of serious crimes perpetrated by its members, the last decade of the twentieth century was a tumultuous time for the Canadian Armed Forces. Amid this period, a human rights tribunal ordered the military to open its combat positions to women and reach full gender integration by 1999.

Yet by 2021, women made up only 16.3 per cent of personnel; women and LGBTQ+ service members continue to face sexual harassment and abuse at all levels. In The Ones We Let Down Charlotte Duval-Lantoine looks at failed efforts to achieve gender parity during the 1990s. She reveals an organization unwilling and unable to change, and attitudes held by military leaders that fed a destructive dynamic and cost lives.

As the military grapples with its failure to address cultural misconduct and change its culture, The Ones We Let Down reflects on whether the right lessons were learned from the decade of darkness.

The Ones We Let Down