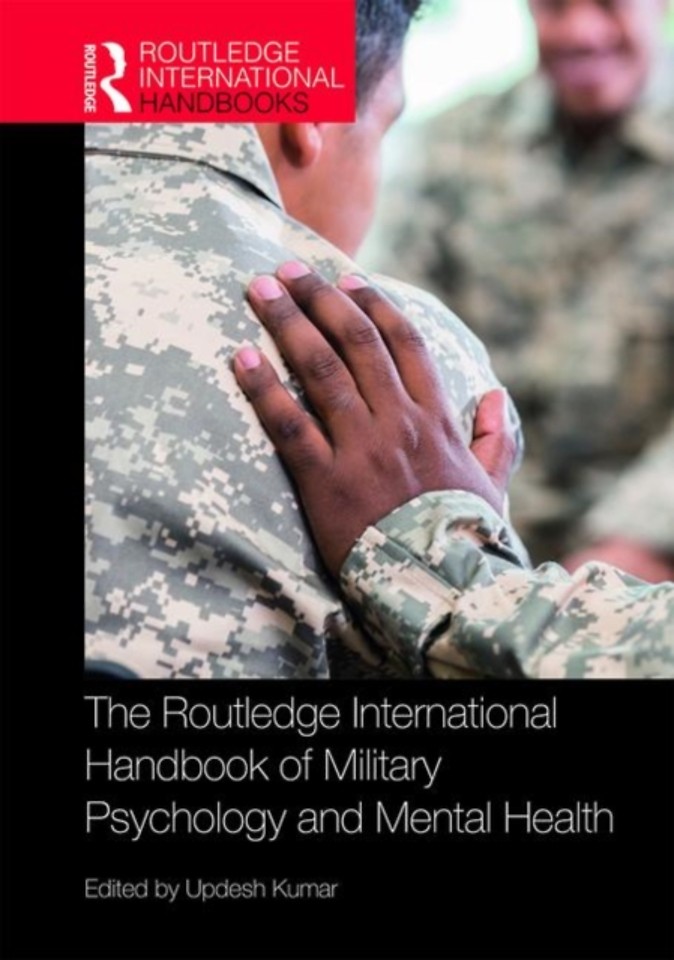 The Routledge International Handbook of Military Psychology and Mental Health

Military psychology has become one of the world's fastest-growing disciplines with ever-emerging new applications of research and development. The Routledge International Handbook of Military Psychology and Mental Health is a compendium of chapters by internationally renowned scholars in the field, bringing forth the state of the art in the theory, practice and future prospects of military psychology. This uniquely interdisciplinary volume deliberates upon the current issues and applications of military psychology not only within the military organization and the discipline of psychology, but also in the larger context of its role of building a better world.

Split into three parts dedicated to specific themes, the first part of the book, "Military Psychology: The Roots and the Journey," provides an overview of the evolution of the discipline over the years, delving into concepts as varied as culture and cognition in the military, a perspective on the role of military psychology in future warfare and ethical issues. The second part, "Soldiering: Deployment and Beyond," considers the complexities involved in soldiering in view of the changing nature of warfare, generating a focal discourse on various aspects of military leadership, soldier resilience and post-traumatic growth in the face of extreme situations, bravery and character strengths and transitioning to civilian life. In the final section, "Making a Choice: Mental Health Issues and Prospects in the Military," the contributors focus on the challenges and practices involved in maintaining the mental health of the soldier, covering issues ranging from stress, mental health and well-being, through to suicide risk and its prevention, intervention and management strategies, moral injury and post-traumatic stress disorder.

Incorporating enlightening contributions of eminent scholars from around the world, the volume is a comprehensive repository of current perspectives and future directions in the domain of military psychology. It will prove a valuable resource for mental health practitioners, military leaders, policy-makers and academics and students across a range of disciplines.

The Routledge International Handbook of Military Psychology and Mental Health