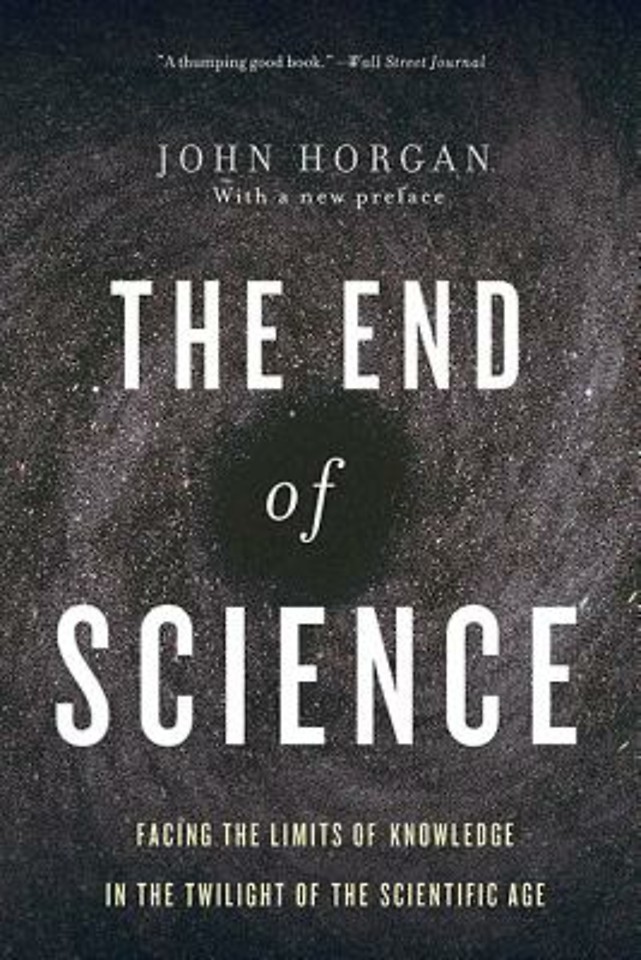 The End of Science: Facing the Limits of Knowledge in the Twilight of the Scientific Age

In 'The End of Science', John Horgan makes the case that the era of truly profound scientific revelations about the universe and our place in it is over. Interviewing scientific luminaries such as Stephen Hawking, Francis Crick, and Richard Dawkins, he demonstrates that all the big questions that can be answered have been answered, as science bumps up against fundamental limits. The world cannot give us a "theory of everything," and modern endeavors such as string theory are "ironic" and "theological" in nature, not scientific, because they are impossible to confirm.

Horgan's argument was controversial in 1996, and it remains so today, still firing up debates in labs and on the internet, not least because-as Horgan details in a lengthy new introduction-ironic science is more prevalent than ever. Still, while Horgan offers his critique, grounded in the thinking of the world's leading researchers, he offers homage, too. If science is ending, he maintains, it is only because it has done its work so well.

John Horgan is a senior writer at SCIENTIFIC AMERICAN. His articles have appeared in THE NEW YORK TIMES, THE NEW REPUBLIC, DISCOVER, NEW SCIENTIST and OMNI. He lives in New York State's Hudson Valley with his wife and two children.

Preface to the 2015 Edition: Rebooting The End of Science

Introduction: Searching for the Answer

The End of Science: Facing the Limits of Knowledge in the Twilight of the Scientific Age