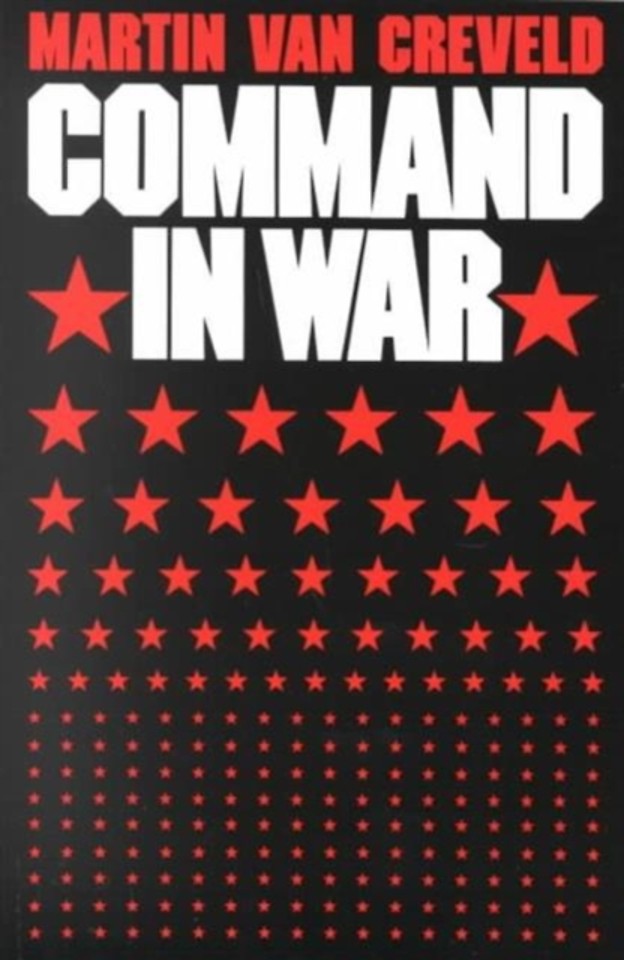 Many books have been written about strategy, tactics, and great commanders. This is the first book to deal exclusively with the nature of command itself, and to trace its development over two thousand years from ancient Greece to Vietnam. It treats historically the whole variety of problems involved in commanding armies, including staff organization and administration, communications methods and technologies, weaponry, and logistics. And it analyzes the relationship between these problems and military strategy.

In vivid descriptions of key battles and campaigns—among others, Napoleon at Jena, Moltke’s Königgrätz campaign, the Arab–Israeli war of 1973, and the Americans in Vietnam—Martin van Creveld focuses on the means of command and shows how those means worked in practice. He finds that technological advances such as the railroad, breech-loading rifles, the telegraph and later the radio, tanks, and helicopters all brought commanders not only new tactical possibilities but also new limitations.

Although vast changes have occurred in military thinking and technology, the one constant has been an endless search for certainty—certainty about the state and intentions of the enemy’s forces; certainty about the manifold factors that together constitute the environment in which war is fought, from the weather and terrain to radioactivity and the presence of chemical warfare agents; and certainty about the state, intentions, and activities of one’s own forces. The book concludes that progress in command has usually been achieved less by employing more advanced technologies than by finding ways to transcend the limitations of existing ones.

2. The Stone Age of Command
The Parameters of Strategy
The Nonevolution of Staffs
The Conduct of Battle
Conclusions: Mars Shackled

3. The Revolution in Strategy
“The God of War”
Inside Imperial Headquarters
1806: The Campaign
1806: The Battle
Conclusions: Mars Unshackled

4. Railroads, Rifles and Wires
A Watershed in Technology
The Birth of a Staff
1866: Planning and Deployment
The Campaign in Bohemia
The Campaign in Moravia
The Battle of Königgrätz
Conclusions: The Triumph of Method

6. Masters of Mobile Warfare
“The Fustest with the Mostest”
A Systen of Expedients
1973: Planning and Preparations
1973: The Counterattack
Conclusions: Reverse Optional Control

7. The Helicopter and the Computer
The Age of Complexity
How Much Is Enough?
The Misdirected Telescope
Conclusions: The Pathology of Information

8. Conclusion: Reflections on Command
The Quest for Certainty
The Essence of Command
Notes
Works Cited