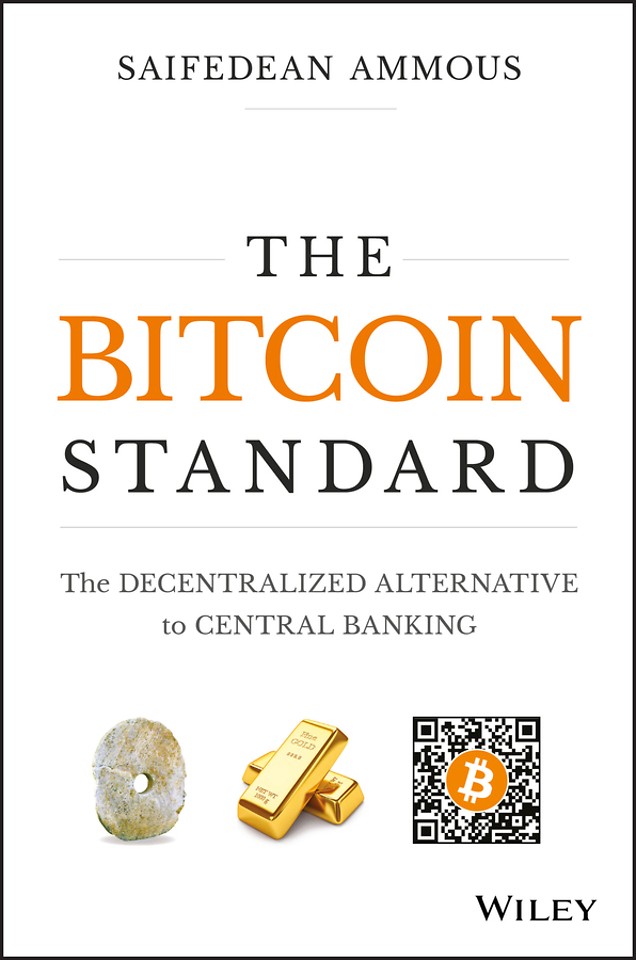 The Decentralized Alternative to Central Banking

Ten years later, and against all odds, this upstart autonomous decentralized software offers an unstoppable and globally-accessible hard money alternative to modern central banks. The Bitcoin Standard analyzes the historical context to the rise of Bitcoin, the economic properties that have allowed it to grow quickly, and its likely economic, political, and social implications.

While Bitcoin is a new invention of the digital age, the problem it purports to solve is as old as human society itself: transferring value across time and space. Ammous takes the reader on an engaging journey through the history of technologies performing the functions of money, from primitive systems of trading limestones and seashells, to metals, coins, the gold standard, and modern government debt.

Exploring what gave these technologies their monetary role, and how most lost it, provides the reader with a good idea of what makes for sound money, and sets the stage for an economic discussion of its consequences for individual and societal future-orientation, capital accumulation, trade, peace, culture, and art.

Compellingly, Ammous shows that it is no coincidence that the loftiest achievements of humanity have come in societies enjoying the benefits of sound monetary regimes, nor is it coincidental that monetary collapse has usually accompanied civilizational collapse.

Chapter 6: Sound Money and Time Preference 97
Monetary Inflation 103
Saving and Capital Accumulation 112
Innovations: Zero to One vs One to Many 117
Artistic Flourishing 120

Chapter 9: What Is Bitcoin Good For? 177
Store of Value 177
Individual Sovereignty 183
International and Online Settlement 186
Global Unit of Account 191

Chapter 10: Bitcoin Questions 196
Mining and Proof–of–work 196
Out of Control: Why nobody can change Bitcoin 200
Antifragility 207
Can Bitcoin Scale? 208
Is Bitcoin For Criminals? 215
How to Kill Bitcoin: A Beginners Guide 217
Altcoins 226
Blockchain Technology 230