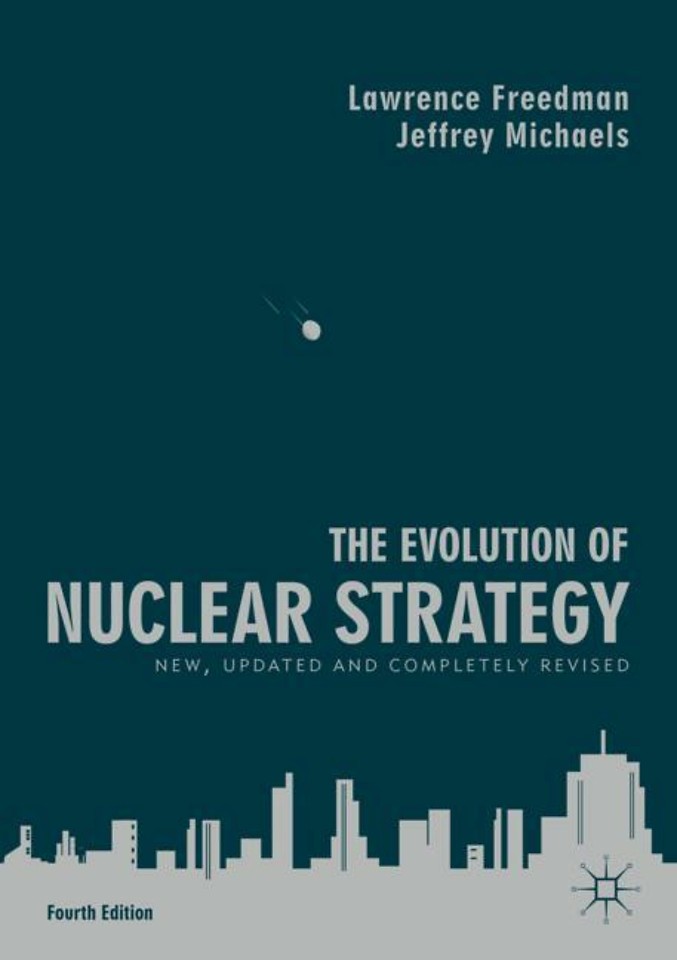 The Evolution of Nuclear Strategy

“The Evolution of Nuclear Strategy quickly established itself as a classic when it first appeared in 1981. This edition makes it even better, incorporating as it does new material about the Cold War and up-dating to include subsequent developments. Filled with insights and penetrating analysis, this volume is truly indispensable.”
—Robert Jervis, Author of How Statesmen Think

"Freedman and Michaels have written a thorough and thought-provoking guide to nuclear strategy. The authors analyze the causes of both wise and unwise strategic decisions in the past and thereby shine a bright light on dilemmas we face in our common nuclear future."
—Scott Sagan, Stanford University, USA

“With its comprehensive coverage, clear and direct language, and judicious summaries of a vast literature, this new and wholly revised edition of The Evolution of Nuclear Strategy will be essential reading for any student of nuclear history, strategic studies, or contemporary international relations.”
—Matthew Jones, London School of Economics and Political Science, UK

“Sir Lawrence Freedman’s The Evolution of Nuclear Strategy has been the first port of call for three generations of academics and policy-makers wanting to familiarize themselves with the subject matter. The success of this book could have led Professor Freedman to satisfy himself with regular updates or afterwords. But the tireless author is now gracing us with an entirely revised edition of his masterpiece nearly forty years after its initial publication, taking into account findings from archives and declassified documents. At the same time, The Evolution of Nuclear Strategy remains true to its original purpose and spirit: an easy to read manual, light with footnotes, focusing on policy rather than on theory, and thus the best possible introduction to an arcane subject. In an era when nuclear strategy issues seem to be becoming relevant again, its historical scope and breadth will make its reading or re-reading even more useful – if only because knowing about the absurdity of the Cold war arms race is a prerequisite if one does not want to repeat its mistakes.”
—Bruno Tertrais, Deputy Director, Fondation pour la Recherche Stratégique, France

“This updated and improved edition of the classic text on the evolution of nuclear strategy is a must read for anyone attempting to understand the nuclear predicament and where it is heading. Impressive in every respect!”
—T.V. Paul, James McGill Professor of International Relations, McGill University, Canada, and the author of The Traditon of Non-Use of Nuclear Weapons

“After the end of the Cold War, we hoped for a world in which nuclear weapons would have ‘low salience’, or might even disappear into virtual, non-assembled arsenals. Alas, they are coming to the fore again. With changes in political context and technology, it is thus pressing that ‘the Bible’ on the Evolution of Nuclear Strategy should be updated. Lawrence Freedman’s great classic has been admirably updated with the help of Jeff Michaels. The work, just as its previous editions, thus remains the definitive and authoritative point of reference on nuclear strategy in the twenty-first century.”
—Beatrice Heuser, Chair of International Relations, University of Glasgow, Scotland

First published in 1981, Lawrence Freedman's The Evolution of Nuclear Strategy was immediately acclaimed as the standard work on the history of attempts to cope militarily and politically with the terrible destructive power of nuclear weapons. It has now been completely rewritten, drawing on a wide range of new research, and updated to take account of the period following the end of the cold war, and covering all nuclear powers.

Preface
Introduction1. The Arrival of the Bomb2. The Strategy of Hiroshima3. Offence and Defence 4. Aggression and Retaliation5. Strategy for an Atomic Monopoly6. Strategy for an Atomic Stalemate7. Massive Retaliation8. Limited Objectives9. Limited Means10. The Importance of Being First11. Sputnik and the Soviet Threat12. Soviet Strategy after Stalin13. The Technological Arms Race14. New Sources of Strategy15. The Strategy of Stable Conflict16. Disarmament to Arms Control17. Operational Nuclear Strategy18. Khrushchev’s Second-Best Deterrent19. Defending Europe20. No Cities21. Assured Destruction22. Britain’s ‘Independent’ Nuclear Deterrent23. France and the Credibility of Nuclear Guarantees24. A NATO Nuclear Force25. The Unthinkable Weapon26. China's Paper Tiger27. The Soviet Approach to Deterrence28. The McNamara Legacy29. Salt, Parity and the Critique Of Mad30. Actions and Reactions31. Selective Options32. ICBM Vulnerability33. The Rise of Anti-Nuclear Protest34. Strategic Defences35. Soviet Doctrine from Brezhnev to Gorbachev36. The End of the Cold War37. Mutual Assured Safety38. Elimination or Marginalization39. The Second Nuclear Age40. The Nuclear War on Terror41. Proliferation: The Middle East and the Pacific42. The Return of Great Power Politics 43. Primacy and Maximum Deterrence44. Can There Be A Nuclear Strategy?

The Evolution of Nuclear Strategy