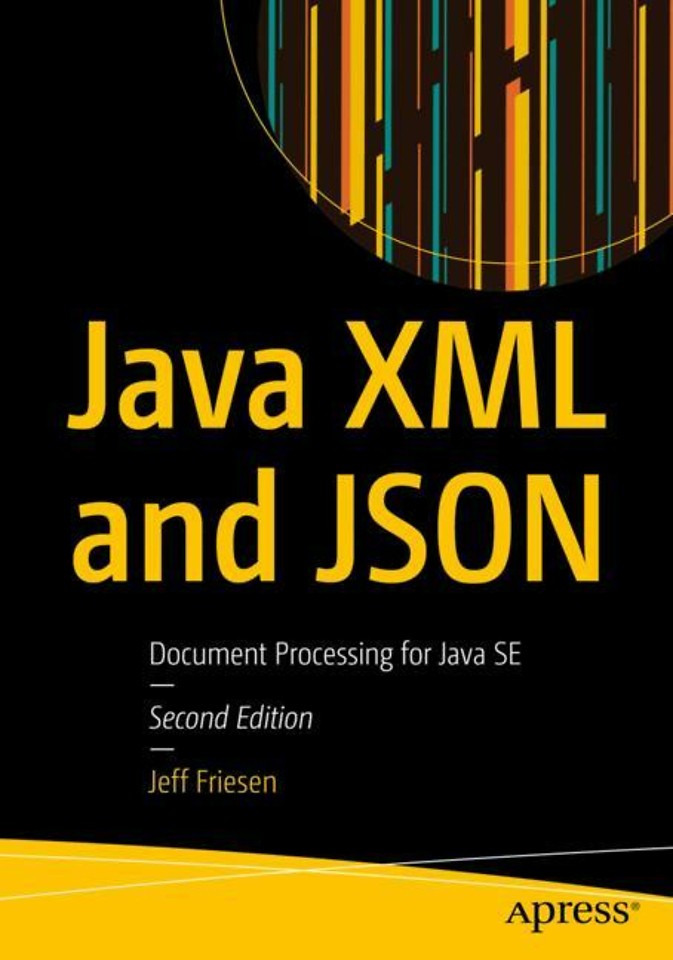 Use this guide to master the XML metalanguage and JSON data format along with significant Java APIs for parsing and creating XML and JSON documents from the Java language. New in this edition is coverage of Jackson (a JSON processor for Java) and Oracle’s own Java API for JSON processing (JSON-P), which is a JSON processing API for Java EE that also can be used with Java SE. This new edition of Java XML and JSON also expands coverage of DOM and XSLT to include additional API content and useful examples.
All examples in this book have been tested under Java 11. In some cases, source code has been simplified to use Java 11’s var language feature. The first six chapters focus on XML along with the SAX, DOM, StAX, XPath, and XSLT APIs. The remaining six chapters focus on JSON along with the mJson, GSON, JsonPath, Jackson, and JSON-P APIs. Each chapter ends with select exercises designed to challenge your grasp of the chapter's content. An appendix provides the answers to these exercises.

-Master the JSON format for serializing and transmitting data

-Code against third-party APIs such as Jackson, mJson, Gson, JsonPath

Who This Book Is For
Intermediate and advanced Java programmers who are developing applications that must access data stored in XML or JSON documents. The book also targets developers wanting to understand the XML language and JSON data format.

Chapter 13: Appendix A: Answers to Exercises