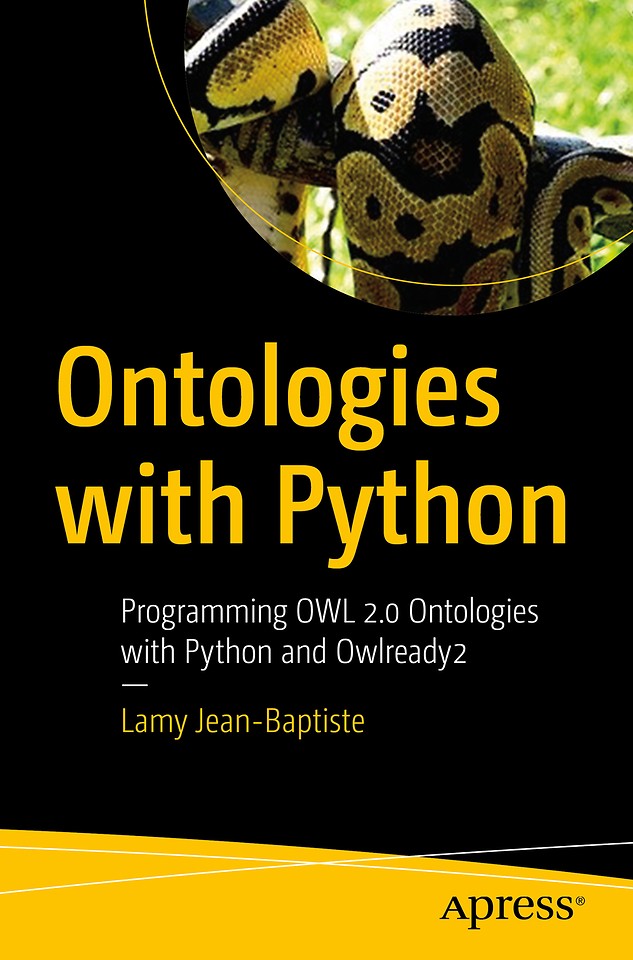 Use ontologies in Python, with the Owlready2 module developed for ontology-oriented programming. You will start with an introduction and refresher on Python and OWL ontologies. Then, you will dive straight into how to access, create, and modify ontologies in Python. Next, you will move on to an overview of semantic constructs and class properties followed by how to perform automatic reasoning. You will also learn about annotations, multilingual texts, and how to add Python methods to OWL classes and ontologies. Using medical terminologies as well as direct access to RDF triples is also covered.
Python is one of the most used programming languages, especially in the biomedical field, and formal ontologies are also widely used. However, there are limited resources for the use of ontologies in Python. Owlready2, downloaded more than 60,000 times, is a response to this problem, and this book is the first one on the topic of using ontologies with Python.

Who Is This Book For
Beginner to experienced readers from biomedical sciences and artificial intelligence fields would find the book useful.