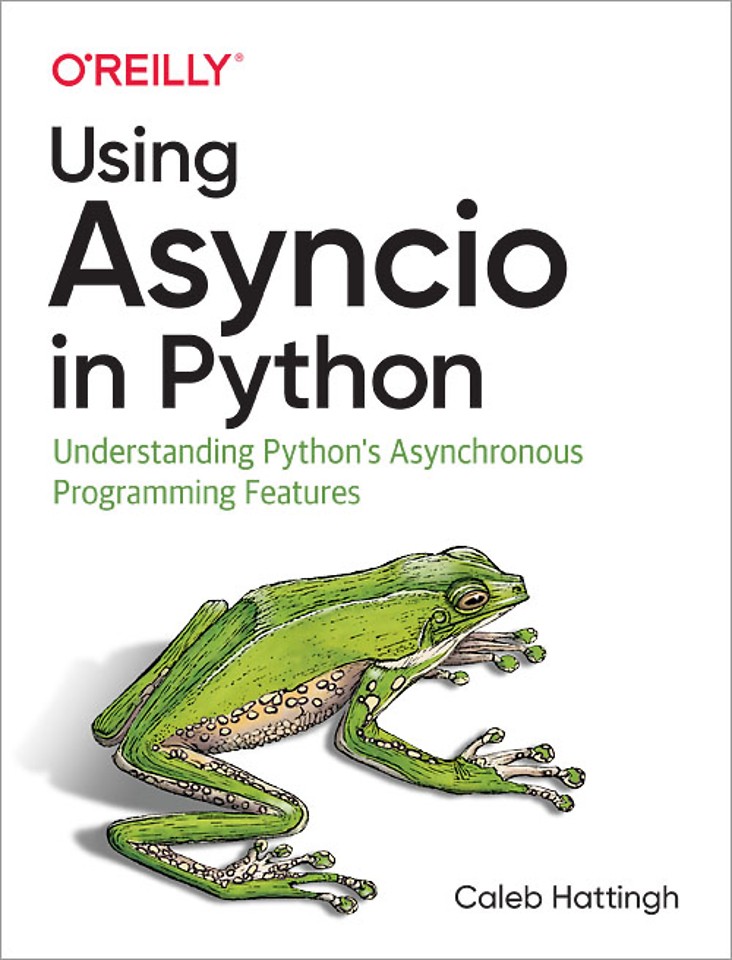 Caleb Hattingh Caleb is passionate about coding and has been programming for over 15 years, specialising in Python. Meer over Caleb Hattingh
Lees het volledige artikel
Caleb Hattingh

If you’re among the Python developers put off by asyncio’s complexity, it’s time to take another look. Asyncio is complicated because it aims to solve problems in concurrent network programming for both framework and end-user developers. The features you need to consider are a small subset of the whole asyncio API, but picking out the right features is the tricky part. That’s where this practical book comes in.

- Get a critical comparison of asyncio and threading for concurrent network programming
- Take an asyncio walk-through, including a quickstart guidefor hitting the ground looping with event-based programming
- Learn the difference between asyncio features for end-user developers and those for framework developers
- Understand asyncio’s new async/await language syntax, including coroutines and task and future APIs
- Get detailed case studies (with code) of some popular asyncio-compatible third-party libraries

Caleb is passionate about coding and has been programming for over 15 years, specialising in Python. He holds a Masters degree in Chemical Engineering and consequently has written a great deal of scientific software within chemical engineering, from dynamic chemical reactor models all the way through to data analysis. He is very experienced with the Python scientific software stack, CRM , financial software development in the hotels and hospitality industry, front-end web experience using HTML, Sass, Javascript (loves RactiveJS) and back-end experience with Django and web2py. Caleb is a regular speaker at PyCon AU and is actively engaged in the community as a CoderDojo Mentor, Software Carpentry helper, Govhacker, Djangogirls helper, and even Railsgirls helper. Caleb is the founder of Codermoji, and posts infrequent idle rants and half-baked ideas to his blog at pythonomicon.com.

1. Introducing Asyncio
The Restaurant of ThreadBots
Epilogue
What Problem Is Asyncio Trying to Solve?

3. Asyncio Walk-Through
Quickstart
The Tower of Asyncio
Coroutines
The New async def Keywords
The New await Keyword
Event Loop
Tasks and Futures
Create a Task? Ensure a Future? Make Up Your Mind!
Async Context Managers: async with
The contextlib Way
Async Iterators: async for
Simpler Code with Async Generators
Async Comprehensions
Starting Up and Shutting Down (Gracefully!)
What Is the return_exceptions=True for in gather()?
Signals
Waiting for the Executor During Shutdown

A. A Short History of Async Support in Python
In the Beginning, There Was asyncore
The Path to Native Coroutines