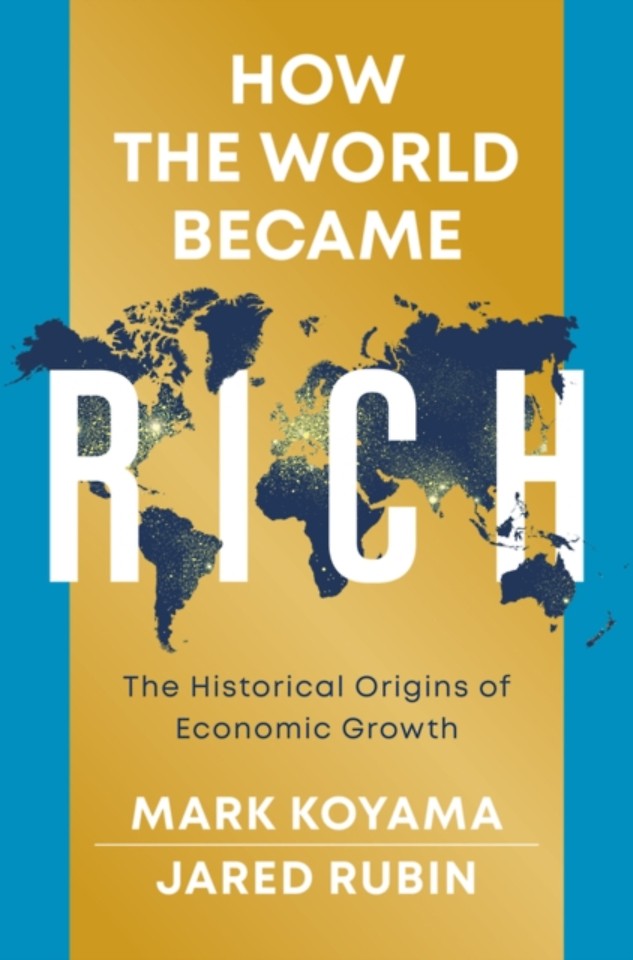 How the World Became Rich

The Historical Origins of Economic Growth

Most humans are significantly richer than their ancestors. Humanity gained nearly all of its wealth in the last two centuries. How did this come to pass? How did the world become rich?Mark Koyama and Jared Rubin dive into the many theories of why modern economic growth happened when and where it did.

They discuss recently advanced theories rooted in geography, politics, culture, demography, and colonialism. Pieces of each of these theories help explain key events on the path to modern riches. Why did the Industrial Revolution begin in 18th-century Britain? Why did some European countries, the US, and Japan catch up in the 19th century? Why did it take until the late 20th and 21st centuries for other countries? Why have some still not caught up?Koyama and Rubin show that the past can provide a guide for how countries can escape poverty.

There are certain prerequisites that all successful economies seem to have. But there is also no panacea. A society's past and its institutions and culture play a key role in shaping how it may - or may not - develop.

How the World Became Rich