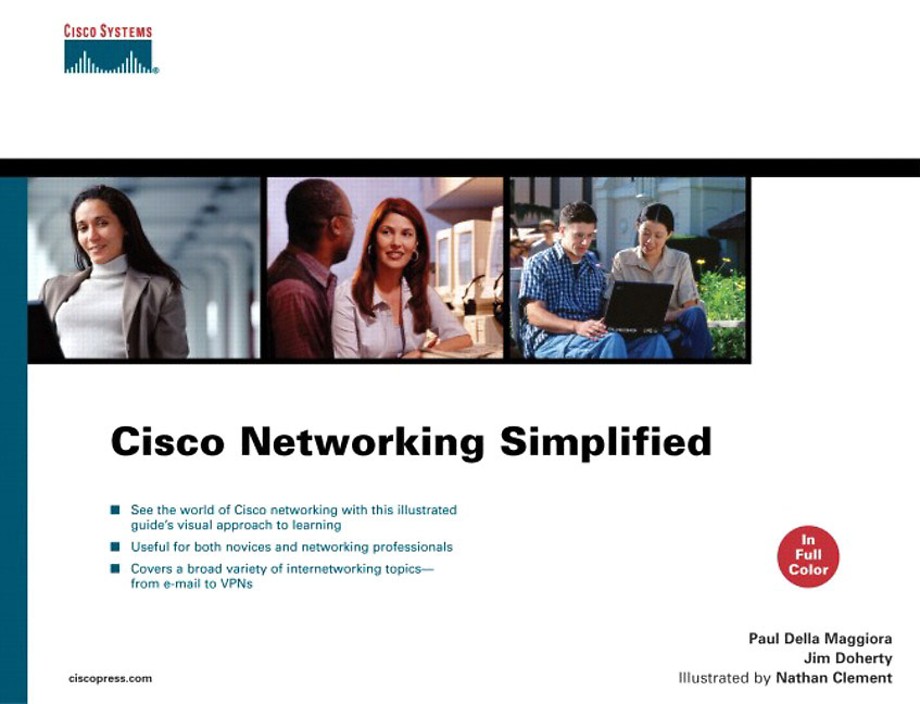 A visual explanation of networking technologies

What you always wanted to know about networking but were afraid to ask!
- How the Internet works
- How e-mail, e-learning, and telephony work on the Internet
- What makes a network safe
- How traffic gets from here to there
- Disaster recovery and other ways to keep a network running
- How businesses share data
- See the world of Cisco networking with this illustrated guide's visual approach to learning
- Useful for both novices and networking professionals
- Covers a broad variety of internetworking topics-from e-mail to VPNs

At last-an illustrated guide to the world of Cisco networking. Cisco Networking Simplified breaks down the complicated world of internetworking into easy-to-understand parts. Learn quickly and easily the fundamentals of a variety of topics, such as security, IP telephony, and quality of service, from the full-color diagrams and clear explanations found in Cisco Networking Simplified.

This book is part of the Networking Technology Series from Cisco Press, the only authorized publisher for Cisco Systems.

I. HOW THE INTERNET WORKS.
1. How Computers Communicate.
2. TCP/IP and IP Addressing.
3. Internet Applications.

IV. HOW TRAFFIC GETS FROM HERE TO THERE.
14. Ethernet.
15. LAN Swithcing.
16. Routing and Switching.
17. Mobility and Wireless Networks.