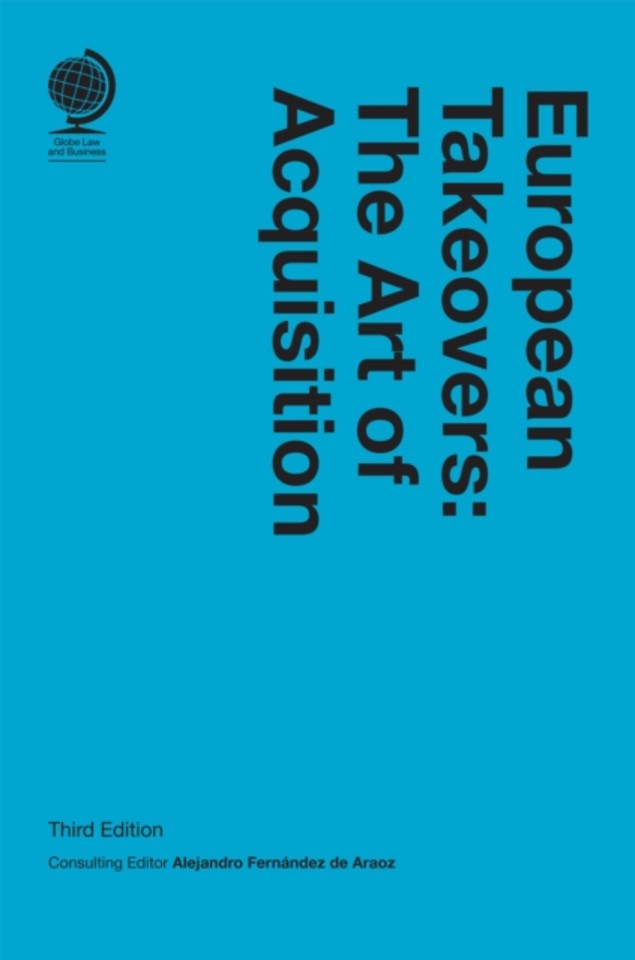 The Art of Acquisition

European Takeovers provides a complete guide to the European Takeover Directive, national M&A regulation and the interaction between domestic and pan-European regulation. It contains a detailed discussion of the fundamental principles of national and European law, its application and the various practical issues that companies and their advisers face as they plan, defend and execute takeovers.

This third edition further explores the area following the partial harmonisation of takeover regulation within the European Union since the introduction of the European Takeover Directive and is an exhaustive reference source for anyone preparing, participating in and responding to takeover activity in the EU. Chapters have been fully updated with the latest regulations and case law in the featured jurisdictions, and new chapters have been added addressing key topics such as the relationship between ESG and M&A, as well as complex topics such as the notion of collusion.

Written by leading lawyers and academics, European Takeovers will prove an invaluable guide to help you navigate national takeover legislation and its implementation, and discusses groundbreaking and controversial takeovers from across Europe. Notable transactions examined include Akzo Nobel-PPG, Syngenta-ChemChina, Actelion-J&J, Celesio-McKesson, Abertis-ACS/Atlantia and SAB Miller-AB InBev.

About the authors 403
About Globe Law and Business 413