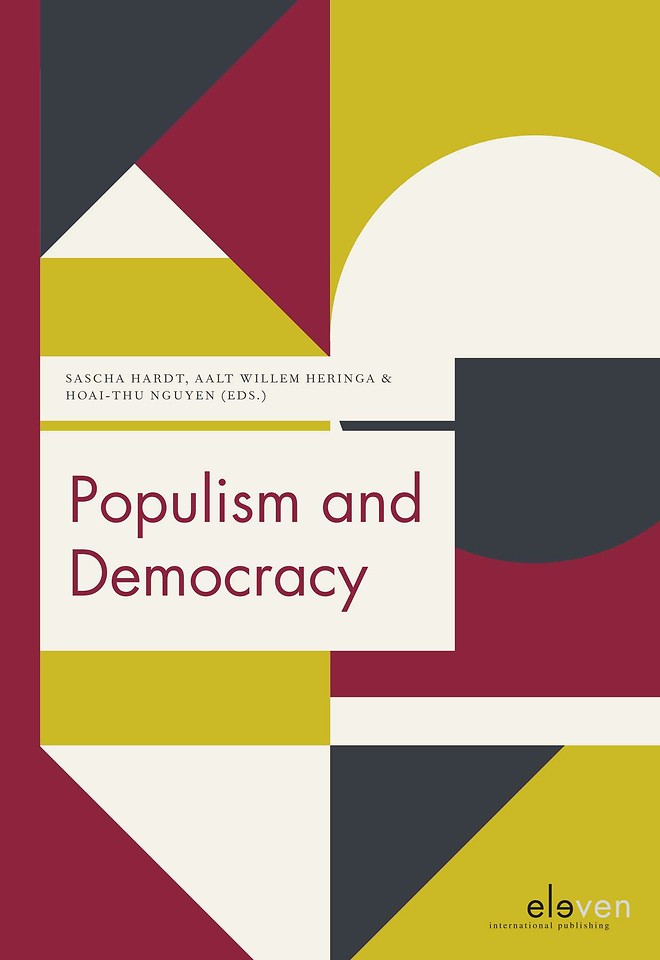 Are liberal democracies in decline? If they are, what role does populism play in this? What can and should democracies do to defend their core features against ‘democratic decay’? And which features can be considered essential? These are difficult questions further complicated by the realisation that their answers depend on perspective. Populism and democratic decay are global phenomena but they play out differently in different countries and regions. They also cannot be properly understood through the lens of one discipline alone. This book brings together scholars of political science and law, who look at populism, democratic decay, and possible means to protect democratic constitutionalism from global, regional (European) and national angles.

The book is made up of two parts. The first part discusses general aspects of populism. The second part of the book consists of seven country reports and one regional report; each analysing the success or failure of national constitutional safeguards against populism in the local constitutional and socio-political context. From East-Central Europe to the United Kingdom, from Italy to the Philippines, the pictures painted in these articles are diverse, yet enlightening and relevant from a comparative perspective.

This volume is part of a research project on populism and democracy conducted at Maastricht University, Faculty of Law, and funded by the Statesman Thorbecke Fund at the Dutch Royal Academy of Sciences (knaw).

Aalt Willem Heringa (1955) graduated from the Rijksuniversiteit Leiden in 1978, where he worked until 1987 as an assistant professor. He was a visiting researcher at the Centre of European Governmental Studies of the University of Edinburgh (1986) and at the European Research Center of the Harvard Law School (1996). In 1989 he completed his Ph.D. thesis 'Sociale Grondrechten' (Social Rights). He has been working at Maastricht University, the Faculty of Law, since 1987; he was appointed full professor of (comparative) constitutional and administrative law in 1995. He is author and editor of numerous books and articles on Dutch Constitutional law, the European Convention on Human Rights, the European Social Charter, comparative constitutional law, US constitutional law, Human Rights and legal education. He served for many years as a Member of the Netherlands Commission on Equal Treatment. He is one of the founding editors of the NJCM Bulletin; of EHRC (European Human Rights Cases); of JB and JB+; of the Maastricht Journal of European and comparative law (MJ); and of EVRM Rechtspraak & Commentaar . He served on the supervisory board of Hiil (the Hague Institute for the Internationalisation of the Law) and on the Supervisory Board of LVO. He is since 2010 a member/vice chair of the supervisory board of Orbis Medical Center, major care and cure organisation in the south of Limburg province. Since 2012 he also serves on the Conseil d’Administration of Paris University Dauphine. Since 2012 he is director of the Montesquieu Institute Maastricht and he is Head of the Public Law Department. In 2013 he worked as European Co-Dean of the China EU School of Law in Beijing.

Part I: Populism and Democracy
Introduction: A Populist Age 3
Sascha Hardt
Rise of Populist Parties and Decline of People’s Parties: Loss of Parties as a Guarantor of the Consolidation of Democracy? 17
Hans-Joachim Lauth and Christoph Mohamad-Klotzbach
Populist Parties Under Scrutiny – One Common Vision or a Scattered Agenda? 53
Tjitske Akkerman
Populism in Times of Social Media 69
Hoai-Thu Nguyen
Referendums and Democratic Constitutionalism: Is There a Way for Reconciliation? 87
İlker Gökhan Şen

Epilogue
Epilogue: Endangered Liberal Democracies and How to Safeguard Them 345
Aalt Willem Heringa and Hoai-Thu Nguyen