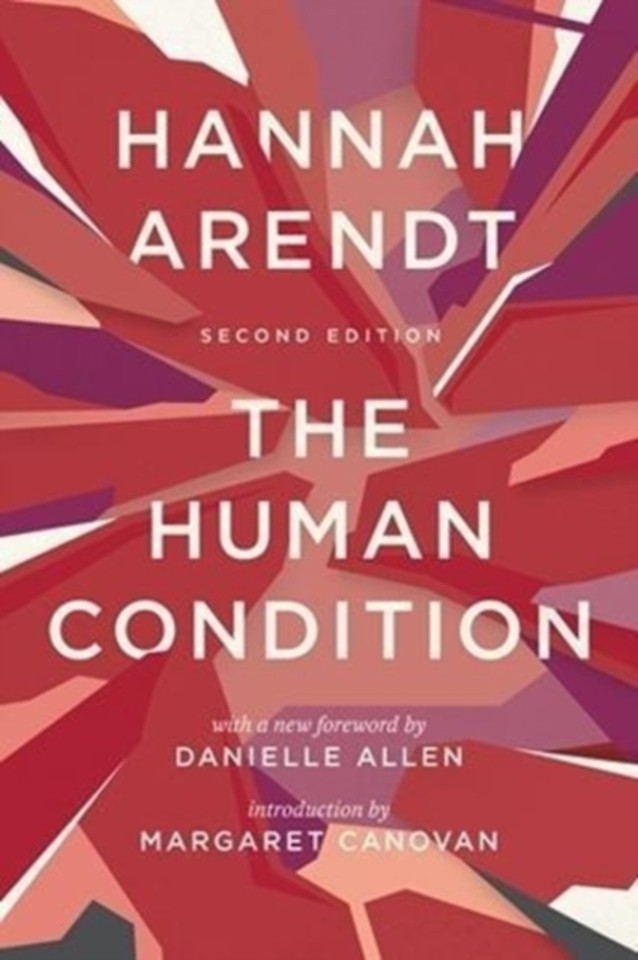 The past year has seen a resurgence of interest in the political thinker Hannah Arendt, "the theorist of beginnings," whose work probes the logics underlying unexpected transformations-from totalitarianism to revolution. A work of striking originality, The Human Condition is in many respects more relevant now than when it first appeared in 1958. In her study of the state of modern humanity, Hannah Arendt considers humankind from the perspective of the actions of which it is capable.

The problems Arendt identified then-diminishing human agency and political freedom, the paradox that as human powers increase through technological and humanistic inquiry, we are less equipped to control the consequences of our actions-continue to confront us today. This new edition, published to coincide with the sixtieth anniversary of its original publication, contains Margaret Canovan's 1998 introduction and a new foreword by Danielle Allen. A classic in political and social theory, The Human Condition is a work that has proved both timeless and perpetually timely.