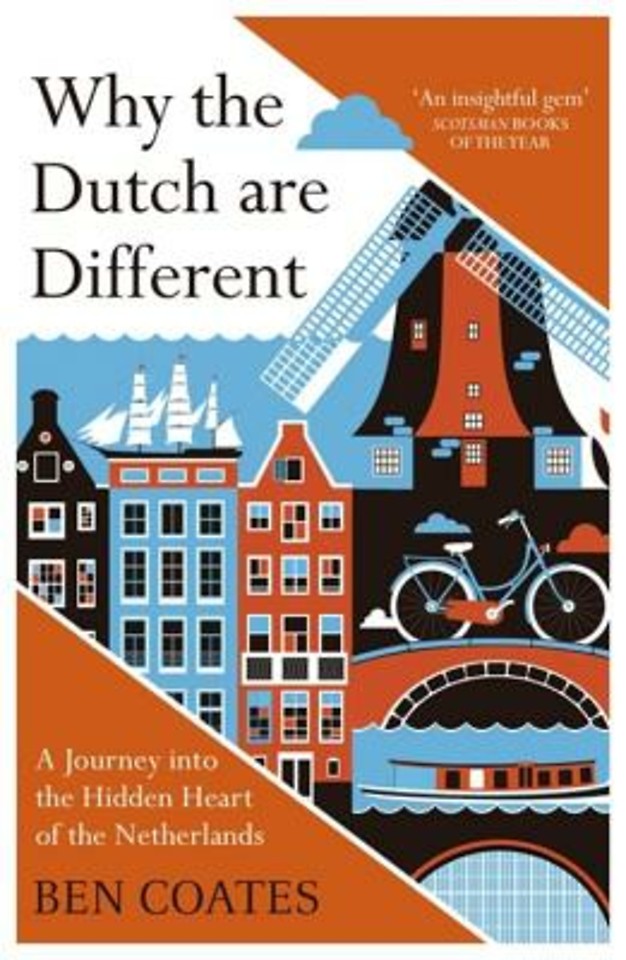 Why the Dutch are Different

Stranded at Schiphol airport, Ben Coates called up a friendly Dutch girl he'd met some months earlier. He stayed for dinner. Actually, he stayed for good.
In the first book to consider the hidden heart and history of the Netherlands from a modern perspective, the author explores the length and breadth of his adopted homeland and discovers why one of the world's smallest countries is also so significant and so fascinating. It is a self-made country, the Dutch national character shaped by the ongoing battle to keep the water out from the love of dairy and beer to the attitude to nature and the famous tolerance.
Ben Coates investigates what makes the Dutch the Dutch, why the Netherlands is much more than Holland and why the colour orange is so important. Along the way he reveals why they are the world's tallest people and have the best carnival outside Brazil. He learns why Amsterdam's brothels are going out of business, who really killed Anne Frank, and how the Dutch manage to be richer than almost everyone else despite working far less. He also discovers a country which is changing fast, with the Dutch now questioning many of the liberal policies which made their nation famous.
A personal portrait of a fascinating people, a sideways history and an entertaining travelogue, Why the Dutch are Different is the story of an Englishman who went Dutch. And loved it.

Why the Dutch are Different