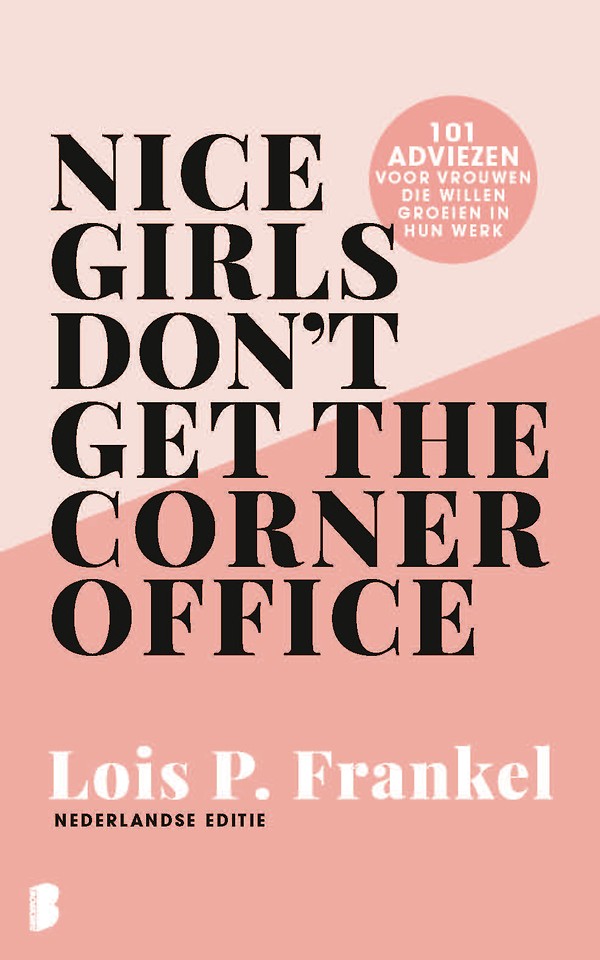 Dr. Lois Frankel, President of Corporate Coaching International, a Pasadena, California consulting firm, literally wrote the book on coaching people to succeed in businesses large and small around the globe.

Dr. Lois Frankel, President of Corporate Coaching International, a Pasadena, California consulting firm, literally wrote the book on coaching people to succeed in businesses large and small around the globe. Her books Nice Girls Don’t Get The Corner Office and Nice Girls Don’t Get Rich are international bestsellers translated into over twenty-five languages worldwide. Stop Sabotaging Your Career, a book based on her experiences as a pioneer in the field of business coaching working with everyone from CEOs to entry-level professionals, is a must-read for both men and women. And See Jane Lead is a virtual road map for any woman who wants to take charge at work. Nice Girls Just Don’t Get It, her latest book co-authored with Carol Frohlinger, was published in April, 2011 by Crown Archetype, a division of Random House. Sought-after as a public speaker for her witty, warm and practical presentations that simultaneously engage, educate and entertain, Dr. Frankel is among the top names of international speakers. She has appeared on The Today Show, Larry King Live, CNN, and Fox News and been featured in USA Today, People magazine, and The Wall Street Journal. ABC television purchased the rights to Corner Office for a comedy series. Her client list reads like a who’s who of multinational corporations, including Amgen, British Petroleum, Cedars-Sinai Medical Center, GE, KPMG, Ernst & Young, Procter & Gamble, MasterCard, McKinsey & Company, Microsoft, Warner Bros., The Walt Disney Company and Goldman Sachs to name just a few of the hundreds of companies that have invited Dr. Frankel back time and again. Dr. Frankel is the founder of two non-profit organizations, MOSTE: Motivating Our Students Through Experience and Bloom Again Foundation. She has been honored with Maybelline’s Women Who Empower Through Education award, The Los Angeles County Commission for Women’s Woman of the Year award, and a Presidential Medal from her undergraduate alma mater, the State University of New York at Oswego. In addition to her doctorate earned from the University of Southern California, she was awarded an honorary Doctor of Humane Letters from Phillips Graduate Institute.