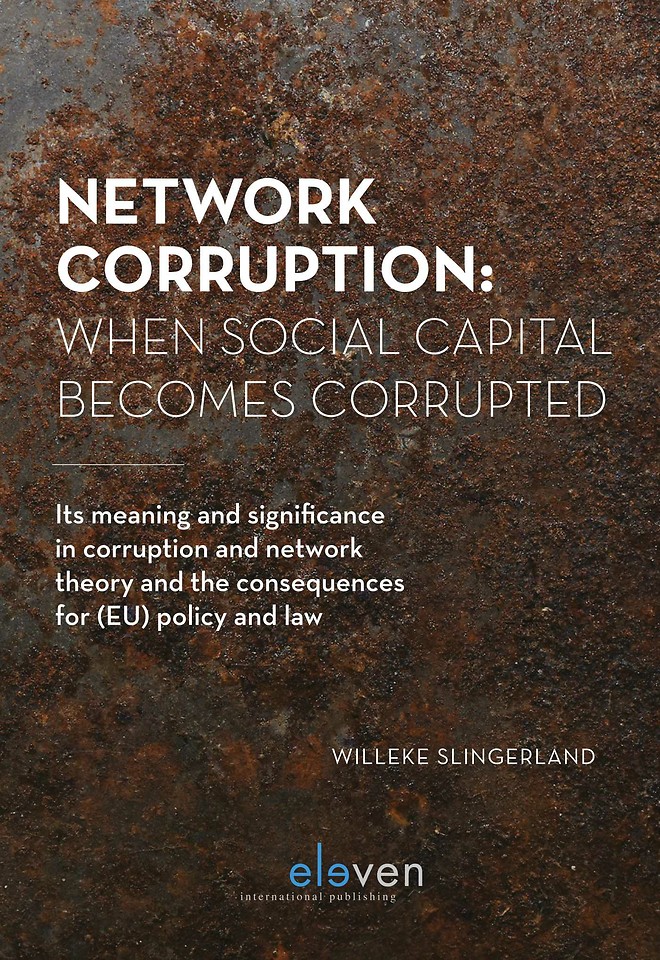 This book deals with the question how corruption is linked to the functioning of social networks. The available literature of both corruption and networks was reviewed. Some theories support the idea of collective acting and collective responsibility which can be used in cases of corruption by a network. The conceptual analysis results in one assessment frame which helps in distinguishing when networks are a form of social capital and when they deteriorate into corruption. The assessment frame was applied to three case studies from developed western societies in which corruption was brought in connection with a network (the international FIFA case, the News of the World International phone-hacking scandal from the United Kingdom and the Dutch city of Roermond). This allowed for a better understanding of the mechanisms and characteristics of networks. The findings on the link between networks and corruption gained from this book call for alternative routes for policy development and for a greater network awareness. This book concludes with policy recommendation and ways to ensure networks remain the essential Social Capital needed in our society.

Network Corruption: When Social Capital Becomes Corrupted is a book in which corruption is considered from the perspectives of law, (business) ethics and social psychology.