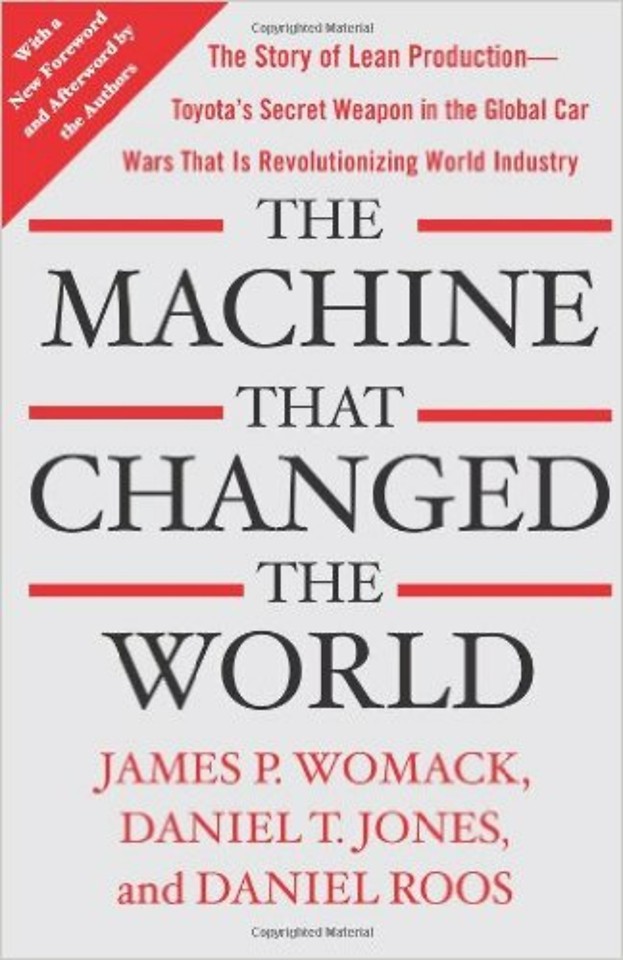 The Machine That Changed the World

The classic, nationally bestselling book that first articulated the principles of lean production, with a new foreword and afterword by the authors.

When The Machine That Changed the World was first published in 1990, Toyota was half the size of General Motors. Twenty years later Toyota passed GM as the world’s largest auto maker. This management classic was the first book to reveal Toyota’s lean production system that is the basis for its enduring success.

Authors Womack, Jones, and Roos provided a comprehensive description of the entire lean system. They exhaustively documented its advantages over the mass production model pioneered by General Motors and predicted that lean production would eventually triumph. Indeed, they argued that it would triumph not just in manufacturing but in every value-creating activity from health care to retail to distribution.

Today The Machine That Changed the World provides enduring and essential guidance to managers and leaders in every industry seeking to transform traditional enterprises into exemplars of lean success.

Daniel T. Jones was part of the original MIT research team that discovered and codified the system Toyota used to make automobiles and named it Lean. He is the co-author of the classic groundbreaking works The Machine that Changed the World and Lean Thinking. A bestselling award-winning author researcher advisor to executive teams and keynote speaker Jones is founder and chairman of the non-profit the Lean Enterprise Academy in the UK, and the Lean Global Network of institutes.

The Machine That Changed the World