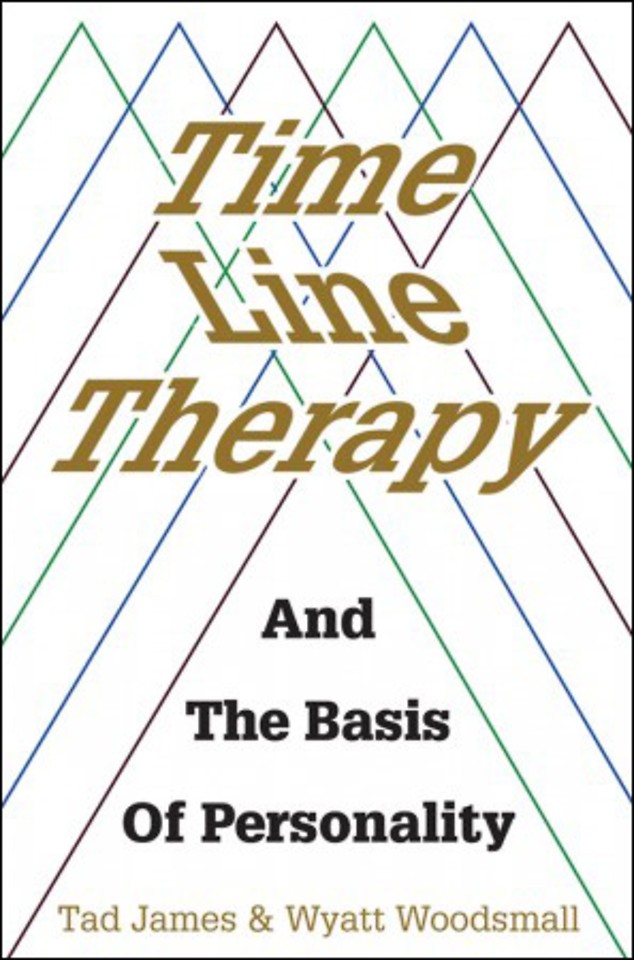 Charismatic and possessing a profound ability to bring out the best in people, Dr Tad James is a staunch believer in the inexhaustible inner potential of human beings.

Time Line Therapy and the Basis of Personality

The authors contend that the concept of Time Line, or the notion of time that you have stored in your mind, shapes and structures your experience of the world, and therefore shapes your personality. Time Line therapy is therefore based on the premise that the client goes back to the first time they remember a particular problem, does change work - utilizing Neuro Linguistic Programming (NLP) to eliminate irritating behaviors or issues - and, if necessary, goes to subsequent times when their behavior or response was a problem, and undertakes further change work to resolve it. Written in an informative and engaging manner, Time Line Therapy and the Basis of Personality offers readers the opportunity to see how Time Line therapy works - providing a clear description of how to elicit the Time Line, and sharing step-by-step methods to subsequently help the client to release a limiting decision or trauma, remove anxiety, or set a future goal.

All of these key aspects are explained using clear language and easy-to-follow steps, and the authors' expert commentary is further complemented by examples, exercises and transcripts in order to help the reader transfer the theory into effective practice. In Section I, the authors explain the NLP Communication Model and share their in-depth analysis of the filters - values, beliefs, attitudes, decisions, memories and meta programs - which we subconsciously use as we process the world around us and which form the basis of our personalities. Section II provides a comprehensive description of the Time Line and how it works: laying down a theoretical basis for the technique before offering insight into its practice and application with a demonstrative transcript of Time Line elicitation and change work in order to illustrate the concepts explored.

In Section III the authors move on to carefully survey simple and complex meta programs (and how they can be changed) before exploring the formation, evolution and changing of values in Section IV, which includes a helpful exercise that gives guidance on how to elicit values from the client. Exploring many interesting contexts and how personality can be positively changed to help people live happier lives, Time Line Therapy and the Basis of Personality is a worthy addition to any therapist's or NLP practitioner's library and is suitable reading for anyone interested in behavioral change. Time Line Therapy and the Basis of Personality was originally published in 1988 by Meta Publications.

Charismatic and possessing a profound ability to bring out the best in people, Dr Tad James is a staunch believer in the inexhaustible inner potential of human beings. He is an exciting, dynamic transformational seminar leader, and a pioneer in the field of Neuro-Linguistic Programming (NLP). As a successful personal success coach and NLP Master Trainer, Tad is the creator of a revolutionary new paradigm for human change known as the Time Line therapy technique. Tad James has been teaching NLP, Time Line therapy and hypnosis for over 35 years, and has served as President of the American Board of Hypnotherapy for over 20 years. He is the author of seven books and numerous audios and videos in the field of NLP, including the bestselling The Secret of Creating Your Future, which shows people how to realize their goals in life. In 1999 Tad wrote Hypnosis: A Comprehensive Guide, which is now a bestseller in the hypnosis field, and in 2001 he co-authored Presenting Magically, which details all his training expertise and secrets. Actors James Brolin and Linda Gray loved his work so much that they hosted an infomercial with Tad back in 1994 that promoted audiotape versions of his book, The Secret of Creating Your Future. In addition to his interests in NLP and hypnosis training, Tad is a student, researcher and respected teacher of the healing and shamanistic science of Hawaiian Huna. His two volumes of The Lost Secrets of Ancient Hawaiian Huna were published in 1998. Tad James was born in Washington, DC. His father, Preston James, tried to induce traditional values and beliefs of friendly competition and hard work in his son through his own example (he was chairman of the geography department at Syracuse University). He set high expectations and wished that Tad would be the most successful in whatever he does in the future. His mother, Eileen, also played a significant role in his upbringing. She taught him that everyone is created equal and that all people have a potential locked in their minds which, if tapped into, can create real miracles. Eileen was always a happy and cheerful person; she used to say, ‘I never let my mind think bad thoughts.’ This was a lesson that young Tad never forgot. Tad James attended Syracuse University and graduated with a Master’s degree in mass communication. He began his career as a manager of a radio station, and went on to manage his own station at a later date. At this time, the plight of the small businessman led him to become a business consultant. While doing business consulting he realized he could not help everyone he wanted. Even though his Master’s degree was in mass communication, he found something missing in the art of communication between humans. He began to research into powerful ways of communicating and creating change within both people and organizations, and this led him to the field of NLP. Made the second NLP Master Trainer by Richard Bandler, one of NLP’s founders, Tad quickly recognized the value of high involvement and shorter trainings. Because of his dedication, hard work and unmatched discovery of the Time Line therapy technique, it did not take long before Tad rose to become a leader in the field of NLP. Today, his name is synonymous with NLP excellence: he has trained and certified more successful trainers than even the founders of NLP. His sole aim is to give his best and to bring out the best in every person he meets in his trainings. Tad James was the first NLP trainer to do a Learn NLP Training in an accelerated format. A leading advocate for expanding human potential and efficiency, he designed and implemented the seven-day NLP training program before anyone else did. His innovative spirit sometimes led to controversies, however. Initially met with opposition, his accelerated seven-day format (with pre-study) has since become the industry standard. In 1988 his research became more widely known with the publication of his first book, Time Line Therapy and The Basis of Personality. Since then, Time Line therapy techniques have become a major modality for creating powerful change in business, education and therapy. Time Line therapy utilizes a person’s own internal ‘Time Line’ to work with their unconscious minds in a variety of ways, including healing emotional traumas and eradicating unwanted thoughts, emotions and behaviors. It has been so successful in its results that thousands of people – including psychiatrists, psychologists, marriage and family counselors, social workers, life and business coaches, and even athletics coaches – have utilized it for over a decade. It is so highly regarded that the Council of Psychotherapy in Croatia asked to be trained by Tad in Time Line therapy so that they could help many of the victims of the war who were suffering from post-traumatic stress syndrome. Since 1992, Tad has appeared on hundreds of local and national television programs throughout North America, Europe, UK and Australia – sharing his breakthrough techniques and empowering his students. Throughout his career Tad had only one dream: to empower people to find their best potential both inside themselves and collectively in order to ‘transform the planet’. Since 1984, Tad has traveled extensively while teaching trainings and seminars in the USA, Canada, UK, Europe, Asia and Australia, sometimes being away from home 11 months per year. Since 2001, his wife Dr Adriana James joined him in his work, and together they founded The Tad James Co., one of the world’s leading and most innovative NLP companies. The couple quickly emerged as a dynamic team, and together they developed new techniques and paradigms for prosperity, health and success. Their legacy of life focuses on the success and accomplishment of all their students. Tad’s books, audios, videos and seminars have been used by hundreds of thousands of people around the world to create happier, more fulfilling lives. The ​NLP Lifetime Contribution Award, awarded following a public vote was presented to Tad James at the NLP awards ceremony 2017.

Wyatt Woodsmall, PhD is certified by the Society of NLP as a Master Trainer and Master Modeler. He is a pioneer in applications for modeling excellence, having done it both in government and in the private sector, and continues to be actively involved in ongoing modeling projects and related training.

Time Line Therapy and the Basis of Personality